German Chancellor Angela Merkel says the euro zone must have the option of expelling a member from the club if a country persistently breaks its rules.

In light of the fiscal crisis in Greece, Europe needs 'a treaty framework in which it would even be possible as a last resort to exclude a country from the euro if it again and again breaks the conditions over the long-term,' she said.

The chancellor added that the current rules in the EU's Stability and Growth Pact were no longer enough to deal with the current crisis, which she described as the euro's greatest challenge.

'We did not think that we could come to a situation in the euro area in which a country was threatened by bankruptcy,' she said during a debate in parliament.

Nevertheless, she insisted that 'no country should be left on its own' amid a crisis that has seen speculators attack debt-laden Greece and confidence in the euro shaken on the international financial markets.

On Tuesday, European finance ministers backed measures Greece has taken to curb spending and raise taxes as it battles with a budget deficit more than four times the maximum permitted by the Stability and Growth Pact.

Meeting in Brussels, the ministers also insisted that a contingency plan to save Greece from bankruptcy with emergency loans was only prudent foresight and unlikely to be enacted.

Meanwhile in Greece, where the austerity measures have triggered strikes and protests, a government spokesman demanded more clarity on the plan, which has not yet been fleshed out in public. 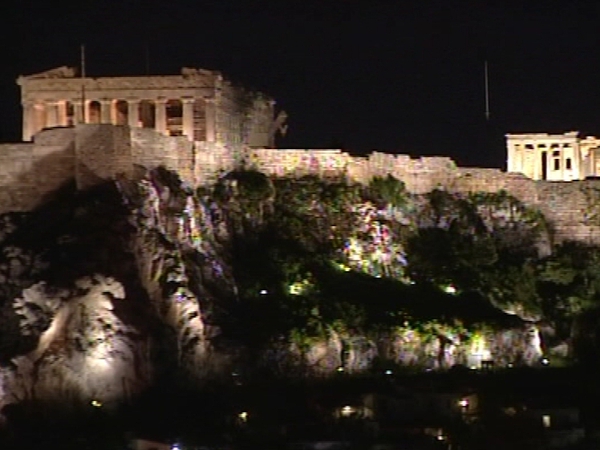