The head of the International Monetary Fund says the body wants new authority to supervise the global financial system.

Speaking in Washington, Dominique Strauss-Kahn said the IMF needed to update its mandate as the global economy emerges from the worst recession in decades.

'We must build on this positive momentum: to transform the Fund into an institution even better equipped to meet the challenges of the post-crisis era,' the IMF managing director told a meeting of the Bretton Woods Committee.

According to the text of his speech, he said he was floating the idea of a new multilateral surveillance procedure. 'This would allow - indeed require - the Fund to assess the broader and systemic effects of country-level policies, and the associated risks, in a fundamentally different way,' he said.

The 186-nation IMF currently is responsible for economic surveillance country by country, as well as developments relating to the global economy as a whole. But Mr Strauss-Kahn said that, in practice, most of its efforts so far had been at the country level.

'One result of this has been that we have not paid enough attention to the linkages and spillovers between economies - including those that transmit through the arteries of the global financial system,' he said. 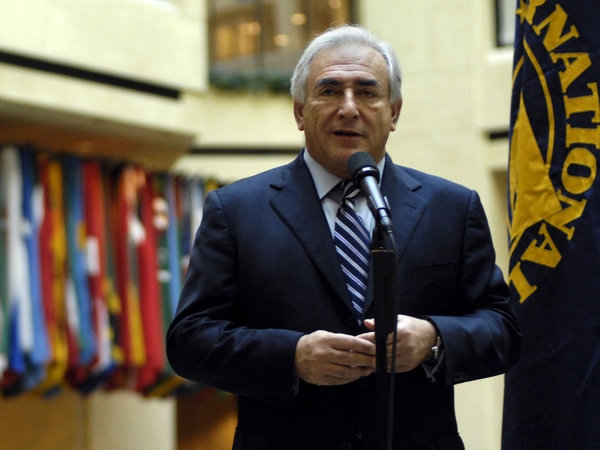