'World trade was reduced by 12% in 2009,' Lamy told the European Policy Centre, a Brussels think tank. He said it was the sharpest decline since the end of the World War II.

The drop was worse than the 10% fall that the WTO had forecast in December.

Mr Lamy added that the massive fall in global commerce made it 'economically imperative' to conclude international trade negotiations, which are at a standstill, in 2010.

The Doha Round of trade negotiations that began in 2001 with a focus on dismantling obstacles to trade for poor nations has been dogged by intractable disagreements including how much the US and EU should reduce farm aid and the extent to which developing countries such as India and China should lower tariffs.

Deadlines to conclude the talks have been repeatedly missed, with the latest being the end of this year.

Lamy blamed the 'freefall' triggered by a crisis that first struck financial markets in late 2008 on a reduction in demand across all major world economies as well as the drying-up of trade financing and rising tariffs or national subsidies. 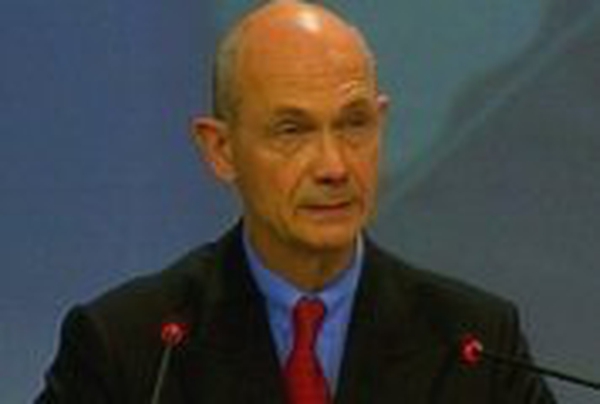