The State is taking a 15.7% stake in Bank of Ireland on Monday. The shareholding is in lieu of a dividend owed to the Government by the bank.

The Government received preference shares worth €3.5 billion in the bank last year as part of its recapitalisation programme. Bank of Ireland was due to pay the Government €250m in dividends on these shares tomorrow.

But the European Commission has blocked banks in receipt of State aid from making cash payments. This forced the bank to give the Government - through the National Pensions Reserve Fund Commission - shares instead of cash.

The new shares are in addition to warrants entitling the State to a 25% shareholding in Bank of Ireland in four years' time.

Tonight's development means ordinary shareholders will have their stakes diluted by the Government's new shareholding. The bank is currently valued at €1.2 billion on the Dublin market.

Finance Minister Brian Lenihan welcomed the issue of the shares by Bank of Ireland, saying it ensured that taxpayers were 'remunerated in a timely fashion' for their investment in the bank.

Mr Lenihan also said that, in discussions with BoI about its restructuring and its plans to raise capital, he would ensure that the taxpayer was adequately compensated for any investment in the bank.

Bank of Ireland said earlier this year it was looking at the options for raising capital from private sources. It said tonight it would decide on these after the outcome of talks on its restructuring plan with the EU, and after the impact of NAMA became clear.

Development lands in Athlone valued in 2006 at €31m have a current value of €600,000, Bank of Ireland told the Commercial Court today.

The bank was rejecting arguments by a developer that the sale of those and other lands offered reasonable potential for the bank to recover €17.4m from the developer.

Mr Justice Peter Kelly said the €600,000 figure was 'even more alarming' and put 'into a cocked hat' the judge's own view, from his experience in the Commercial Court in recent years, that land values have fallen by between 70% and 80%.

John Hennessy SC, for BOI, said the €600,000 valuation was the figure his side had obtained. The bank had also received a current valuation of around €4m for development lands at Sallins, Co Kildare, previously with a peak value of some €17.5m, he added.

Given such figures, the bank considered it was 'not in any way likely' that it would recover its loans from sales of the lands in the foreseeable future, counsel said.

John McCarroll, for developer Pearse Gately, said that, given such valuations, it 'might be timely' to remind the bank of its duties to mortgagees. Mr Justice Kelly remarked the bank should be 'well aware' of those duties.

The judge ruled that the bank was entitled to judgment for €17.4m against Mr Gately under personal guarantees provided by him over loans to three of his companies. It was well settled law that a bank which loans money and obtains charges and personal guarantees was entitled to take whatever action it chose to recover those monies, including seeking a money judgment, he said. 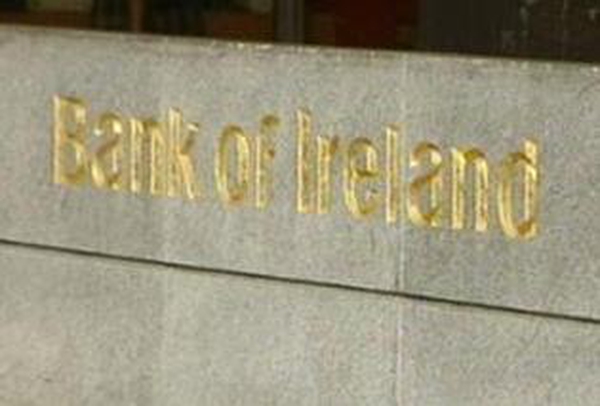