Credit Suisse, which weathered the financial crisis without state aid, has rebounded under the leadership of former investment banker Brady Dougan from a 2008 record loss to post a healthy 6.7 billion Swiss francs ($6.3 billion) net profit in 2009.

Dougan said that 2010 had started well. 'We have a had a strong start to the quarter with strong client activity. Our transaction pipeline and net new asset flows are the best we have seen since the crisis,' he said.

'We are confident about our prospects for 2010,' he said.

However, the bank's bottom line of 0.8 billion francs in the final quarter, hit by a one-off charges, was the weakest of all quarters last year and was lower than UBS' fourth-quarter profit. Even stripped of some non-recurring items, the bottom line was weak.

UBS surprised the market this week when its first quarterly profit in more than a year came in at 1.2 billion francs well above expectations, though the fourth-quarter figure was overshadowed by accelerating outflows from its core wealth-management division.

Credit Suisse' bottom line was hit by a 0.5 billion franc charge following a US settlement for hiding thousands of transactions on behalf of clients from countries subject to US sanctions like Iran.

A recurring accounting loss on own credit to the tune of 300 million francs also took its toll on the Swiss bank's results.

Credit Suisse continued to attract new client money, albeit at a slower pace than what analysts had predicted. Its total net new inflows were 6.5 billion francs in the quarter, lower than in previous quarters this year as it was hit by an aggressive Italian tax amnesty in the final part of 2009.

Credit Suisse has attracted more than 42 billion francs of new client money in 2009, in sharp contrast with a bleeding of nearly 150 billion francs UBS suffered in the same year.

Despite a weakening of Swiss bank secrecy in 2009 and ongoing pressure from foreign governments on Switzerland's multi-trillion dollar offshore banking industry, Credit Suisse has been able to attract net new client money in each quarter throughout the crisis. 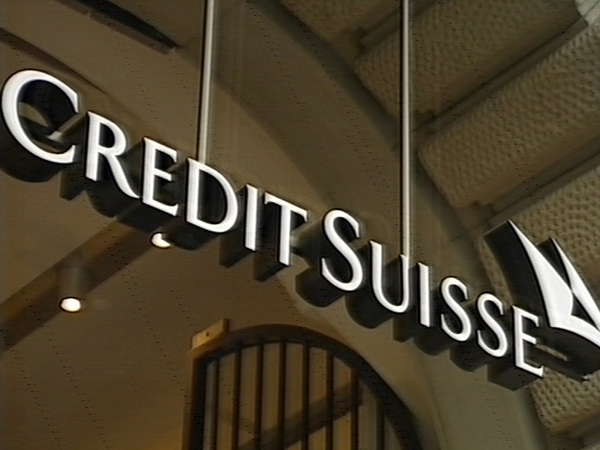