The European Commission has sought to use new powers under the Lisbon Treaty to impose a 'quasi-permanent' monitoring system on the Greek public finances.

The unprecedented move requires the Greek government to furnish a detailed list of measures and a timescale for their implementation to Brussels and to the other euro zone states, who will then press Athens to take action.

Under the plan outlined today by Economics Commissioner Joachim Almunia, the Greek government will have to report on the implementation of its budget measures every three months. If the other EU states and the Commission are not satisfied with the performance they can insist on additonal new measures being taken.

'Every time measures are not implemented or we observe slippages we will call on the Greek authorities to adopt more measures,' Commissioner Almunia said.

Commissioner Almunia gave political backing to the Greek governments' plans to reduce the size of its deficit, the biggest in the EU. He described the targets as ambitous but achievable.

Separately the Commission is seeking a change in EU law to give the European statistical agency Eurostat the right to audit national statistical agencies, following widespread criticism of the quality and reliability of Greek economic data.

In the assessment closely watched by financial markets weighing up Greece's credibility as a debtor, the European Union executive said Athens must submit an interim report on its deficit reduction progress by the middle of March.

It said the plan would not be easy to implement but Greece must be ready to make further deep fiscal adjustments.

'Greece has adopted an ambitious programme to correct its fiscal imbalances and to reform its economy,' EU Economic and Monetary Affairs Commissioner Joaquin Almunia said.

It also told Greece that it should set aside 10% of current expenditure to create a contingency reserve in case of future budgetary pressures.

The Commission's recommendations on what Greece should do were broadly in line with promises made by Athens in its long-term austerity plan, which forecasts a gap of 2.8%in 2012, down from 12.7% in 2009.

The Commission also issued a warning to Greece about its policies in areas other than budget reform, using powers given to it by the EU's Lisbon reform treaty for the first time.

Warnings can be issued to countries whose economic policies are not consistent with EU guidelines, or countries that risk jeopardising the proper functioning of the euro zone.

Athens' financial problems have prompted suggestions the 27-country EU may have to bail Greece out and caused fears about the stability of the 16-country euro area if markets' doubts about Greece spill over to other countries with large deficits.

In an effort to get its financial house in order, Greece has made a series of promises, including plans to cut public sector wages, impose a public-sector hiring freeze, change the tax scale and fight tax evasion. The Greek prime minister last night ordered a public salary freeze, a higher retirement age and a hike in petrol prices.

But there is a reluctance in some parts of the Socialist government to implement all the measures because of fears a popular backlash. Public sector strikes are already planned. The Commission's recommendations will be sent for the approval of EU finance ministers who meet on February 15-16.

The spread between Greek bond yields and German bonds - which shows how expensive it is for Greece to borrow money compared with Germany - narrowed to around 3.3 percentage points from 3.5 yesterday. The Irish spread also narrowed to 1.47 points.

Meanwhile, Greek Prime Minister George Papandreou this evening named a team of foreign academics and political advisors to streamline his government as it battles an unprecedented financial crisis.

The foreign experts will be part of a committee 'to modernise the government's operation', Papandreou's office said. 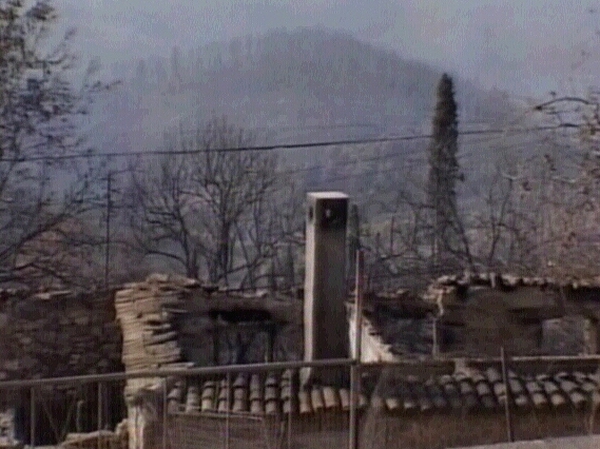