Consumer sentiment was steady for the third month in a row in December, as people ended the year in a cautious mood.

The KBC Bank/ESRI Consumer Sentiment index slipped marginally last month to 53.3 from 53.6 in November. But the index remained comfortably above the 50.2 reading recorded in December 2008.

Today's data appear to confirm a clear, if modest, improvement in confidence in recent months. KBC Bank says that while people's spending power remains under pressure, there are tentative signs that consumers believe the worst may be over for the economy even if there is little expectation of a marked improvement anytime soon.

'Consumer sentiment is telling us that 2009 ended on a weak note, but a notably less awful note than it began,' commented Austin Hughes, chief economist at KBC Bank.

Today's index reveals that consumers are slightly less negative about the general economic situation last month and the the two elements of the survey that address general economic prospects and the outlook for jobs both posted strong readings compared to the past year or two.

However, consumers are becoming somewhat more anxious about their own finances, due to the possible prospect of higher interest rates and inflation as the year goes on. People were also concerned about how the cuts in various welfare payments, including children's allowance, and public sector pay would hit them after last month's Budget.

KBC said that a more complete assessment of the effect of Budget changes in sentiment will be seen in the January index.

'These findings point towards a continuing squeeze on spending power in 2010 that is likely to limit the prospect of any dramatic turnaround in Irish consumer spending,' Mr Hughes said.

'While the worst may be over, Irish consumers don't expect any dramatic return to former glories in 2010,' he added. 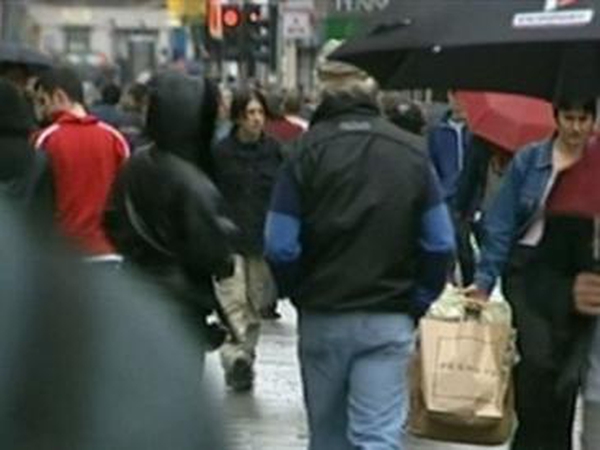