Aer Lingus has confirmed that it will make some changes at its London Gatwick base as a result of weak consumer demand for air travel.

In a trading update, Aer Lingus says it will cut the number of planes it has at Gatwick from five to three from the end of March. It said the three planes will continue to operate existing routes to Dublin, Knock and Malaga as well as a new route to Cork.

The airline also said that it expects to report a small operating profit - before exceptional items - for the second half of 2009.

In the trading update, the airline says this is as a result of cost and capacity management actions implemented during the year and also reflects better than expected yields. It is currently negotiating with staff on a restructuring plan to save €97 million a year

The airline removed some of its long-haul capacity in September and also cancelled some routes in November.

It said that demand for air travel will remain 'soft' for the first half of 2010 and it will continue to keep its focus on tight capacity management.

The airline said its load factor - how many seats it fills on each plane - rose by 2.5 percentage points to 71.9% with capacity falling by 4.9%.

Aer Lingus shares closed up 7% to 68 cent in Dublin.

Picture sent in by Alan Meredith, in Dublin 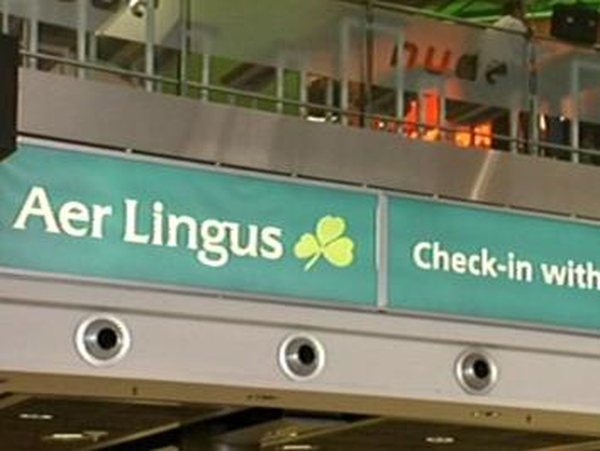