The number two executive at Aer Lingus has resigned his position and is also to leave the company's board.

Chief financial officer Sean Coyle had joined the airline from Ryanair only 17 months ago, in August 2008. A statement from Aer Lingus said Mr Coyle would leave his job at the end of the year by mutual agreement.

IALPA says Aer Lingus rejected a cost reduction package proposed by the pilots which would have amounted to €33m a year. It says this involved pay cuts, pay freezes and a substantial reduction in pilot numbers of 12-15%.

But the airline later said the level of savings offered by IALPA fell 'significantly below' what was required by the company. It said much of the proposed savings came from reductions in pilots' numbers at the top of the scales.

Late last week, Aer Lingus said it had set up a taskforce to start planning reductions in its fleet and compulsory redundancies.

The airline said at the time that despite 'exhaustive' negotiations with all union groups, it was no closer to an acceptable deal.

This morning, the Financial Times carried an interview with Aer Lingus chief executive Christoph Mueller, in which he warned that the airline risked being taken over by Ryanair unless workers agreed to his plans for sweeping cost cuts.

'If Aer Lingus isn't capable of mastering its own destiny, then of course the likelihood that some form of non-independence might occur is more likely,' Mr Mueller told the FT. Asked if this meant a takeover by Ryanair, which has already made two failed bids for Aer Lingus, Mr Mueller said: 'Yes.' Under takeover rules, Ryanair can make a third bid from late January. 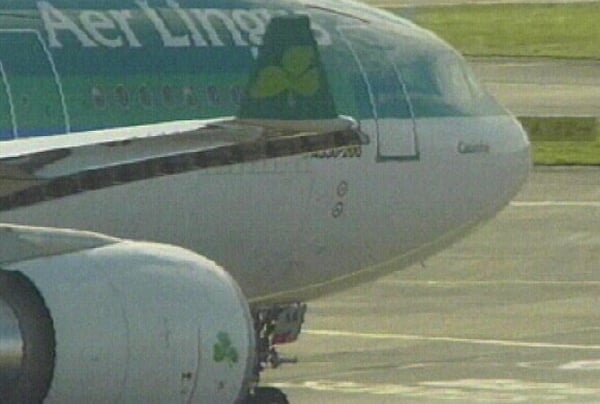