The Department of Finance has confirmed it is considering converting €3.5bn given to AIB and Bank of Ireland earlier this year into ordinary shares.

The move could be used to recapitalise both banks following the transfer of loans to the National Asset Management Agency.

A spokesman for the Department said: 'The conversion of Government preference shares is one of several options in meeting any capital requirements arising out of NAMA.'

If the Government converted the shares it would not have to pour fresh funds into either bank.

Its preference shares, which are essentially a type of loan, would be converted into ordinary equity.

However, the Government would be left with much larger shareholdings in both institutions.

It would also lose out on dividends which are paid to the Government by the banks under the current arrangement.

The development comes after shares in AIB and Bank of Ireland have fallen today over fears regarding the impact from NAMA, closing more than 5% lower.

AIB and Bank of Ireland both issued statements this morning confirming they will hold extraordinary general meetings at which shareholders will vote on participating in the National Asset Management Agency process.

Bank of Ireland said it will hold an extraordinary general meeting of shareholders early in 2010, with a recommendation from the Bank's board to approve its participation in the National Assets Management Agency.

The bank warns that failing to vote through NAMA would increase the risk of further state investment in the bank and could lead to nationalisation.

Bank of Ireland said it expects that the discount applied to up to €16 billion in loans it will transfer to NAMA will not be above the expected 30% average. However, it had previously anticipated a discount of significantly less than 30% with markets actually forecasting a discount of about 20%.

If the discount was 30%, Bank of Ireland said it would receive about €11.2 billion for the assets and would take a pre-tax loss of about €3.4 billion on the portfolio.

'This potential loss on disposal represents the maximum loss likely to be incurred on the sale of loans to NAMA,' it said.

The Bank's new guidance on the level of discount follows an internal valuation analysis of a sample of loans that may be eligible for NAMA. The sample valuation has been reviewed by NAMA and the Department of Finance.

Bank of Ireland said that participation in NAMA should result in greater market certainty, by removing certain assets from its balance sheet about which the market has concerns regarding their absolute value. It will also allow the bank focus its liquidity and capital on its core profitable assets and improves the prospect of it raising new capital from private sources.

'The court believes the non-participation of the bank in NAMA may have material adverse consequences for the bank's business, operating results, financial condition and prospects,' the statement says.

After this morning's statement, stockbrokers Davy said Bank of Ireland would need €1 billion more in capital.

AIB still sees discount of about 30%

Meanwhile, AIB said it will hold an extraordinary general meeting on December 23 where shareholders will vote on the bank's participation in the NAMA.

AIB said it estimates that NAMA will buy land and development loans worth about €24.2 billion on a gross loan basis.

The bank said there is no reason to believe that the average discount applicable to the transferred loans will fall significantly outside of the 30% discount guided by the Minister for Finance.

AIB said that taking part in NAMA will enable it to sell certain land and development loans and associated loans, which will result in it being able to determine the losses associated with these loans.

'It is expected that this will increase market certainty because the NAMA assets in general are perceived to carry a higher risk than other classes of assets on the group's balance sheet,' the statement said.

The bank said it believes that if shareholders vote against taking part in NAMA, it would not be possible to put in place the necessary levels of capital that would be expected by the market or funding commitments to support and reinforce confidence in the bank.

'Therefore there is a very significant risk that AIB will have to rely, to a greater extent, on Government support to sustain its business. The terms of the support are likely to result in partial or full nationalisation of AIB,' it added. 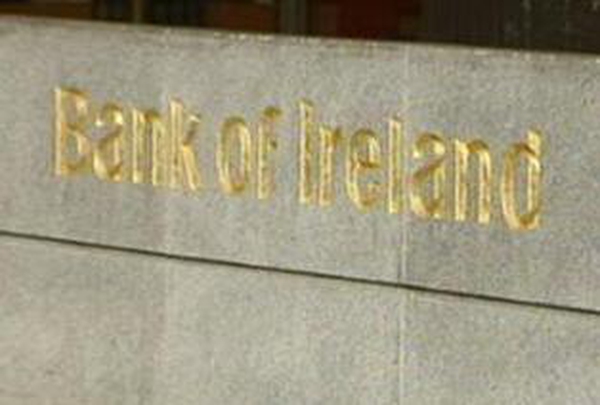