INSURANCE PREMIUMS TO RISE AFTER FLOODS - Insurance companies say the cost of meeting claims to do with the flooding of last week will easily exceed claims of almost €100m in August 2008. Over the weekend, insurance firms rostered extra staff to deal with the level of calls from policy holders, and staff have been asked to assess claims as quickly as possible.

Insurer FBD's Adrian Taheny says his firm has assessors all over the country ready to look at the damage. He says the first thing people have to do is deal with the 'now' situation. They must protect their family, their farm animals and their valuables in so far as they can and try and prevent further damage and loss to their assets. He says it can take a few days by the time they get around to notifying their insurance companies, but adds that FBD has dealt with a lot of claims already. He says the company is expecting a very high level of calls this morning and for the rest of the week.

The Irish Insurance Federation's Michael Horan says it is too early to estimate the cost of last week's floods as claims are still coming in. He says, however, that they are likely to exceed the €96m paid out in last August - a record payout at the time.

He says it normally takes two to three weeks to work out the damages. He says that after claims are sent in, insurance companies send assessors down to inspect the property and assess the extent of the damage and put an accurate estimate on the amount of damage.

Mr Horan says that the vast majority of people have flood damage on their insurance policies as standard. Insurance companies look at the claims history of the property and any flood prevention measures taken by the local authorities and the OPW in the area when they are calculating the premium. He says that in very rare cases as a last resort, insurance companies can't provide flood cover. He says that insurance is about covering a person against the risk of something, not about covering a person for inevitable accidents.

Mr Horan says that while insurance premiums had been falling for a number of years, they have risen by about 25% in the last year or so - mainly due to the August floods in 2008. He says that premiums are dictated by the cost of claims and if claims go up, 'there has to be enough in the pot'. He says it is impossible to put a figure on how much premiums may rise this year, but adds that if the cost of claims go up, premiums will follow.

***
MORNING BRIEFS - Economist Moore McDowell, in a report commissioned by Irish Life, has criticised a proposal to introduce a single rate of tax relief of 30% on pension contributions. He says such a change would reduce the incentive for those earning more than €35,000 to make pension contributions. The report also criticises plans to reduce the tax free lump sum. It has been proposed that the tax-free lump sum should be capped at about €200,000.

*** Gold bullion, which has gained around 32%r cent so far in 2009 and struck a succession of lifetime highs in November, hit another one last night, reaching $1161. 85 an ounce during the night.

*** Oil rose toward $78 dollars overnight. Oil and other things like gold are traded in US dollars so a weaker US currency drives demand and higher prices.

*** The dollar recently hit a 15-month low against a basket of other major currencies. This weakness has become a political football in the US, as opponents of the Obama administration say it shows fiscal policy is hurting the US economy. This morning the euro is trading at $1.4931 and 90.23 pence sterling. 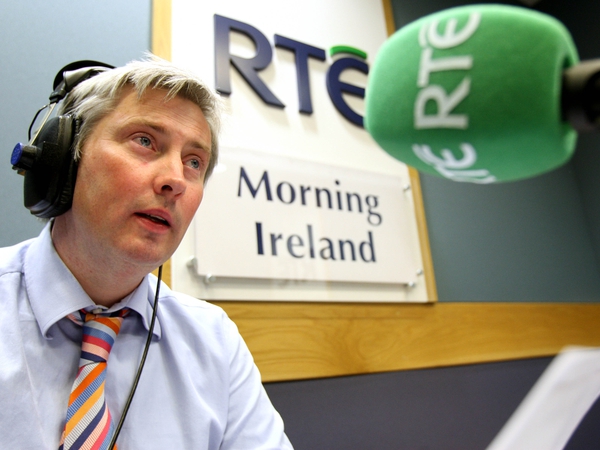