IRISH LIFE AND PERMANENT REDUCES DEPENDANCE ON ECB FUNDING - Irish Life and Permanent, the only sizeable Irish financial player not coming under the ambit of NAMA but stymied with other problems on the banking side arising from the credit crunch, has been updating the markets on its financial position this morning. An interim management statement from the lender gives new information on arrears, life and pensions and the sort of pressure on margins that has been created as the IL&P weans itself off the life support of ECB funding.

Kevin McConnell, head of research at Bloxham Stockbrokers, says that Irish Life and Permanent has increased its expectation of bad debt charges for their loan book based on the more difficult economic conditions over the last six month or so. He says the main piece of negative news from today's trading update is that IL&P has upped its bad debt provision by about €200m. He says this compares to Bank of Ireland, which maintained its bad debt guidance when it released its results recently.

Mr McConnell says it is very positive for IL&P that it is weaning itself off its cheap source of funds from the European Central Bank to support the European banking system at the worst of the crisis. The group has to pay to replace that with higher deposits. From that perspective, Mr McConnell says that the deposit market is very competitive here at the moment and so IL&P have to pay more to get a greater share of that market.

***
MORNING BRIEFS - It appears as if the i's are dotted and the t's crossed on Colm Doherty to be given a new appointment of managing director of AIB while chairman Dan O'Connor becomes executive chairman. Michael Somers of the National Treasury Management Agency will also be appointed to the board. Reports say that Mr O'Doherty's pay packet will breach the €500,000 salary cap and remain at about €633,000. 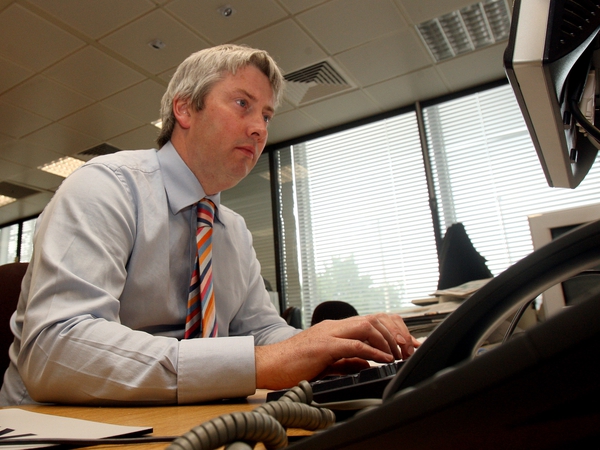