Bank of England governor Mervyn King today said the UK economy had 'only just started' along the road to recovery.

In a gloomy forecast, the governor said repairing the damage of the recession would not be achieved 'in a few quarters' after an 'extremely painful' year for most economies around the world.

The BoE's quarterly inflation report said the strength of the recovery was highly uncertain and forecast that bank lending would probably remain weak over the next three years.

UK jobless rise not as bad as feared

The report also said UK inflation would be below its 2% target in two years time if interest rates rose gradually from the middle of next year as financial markets expect.

The Bank of England slashed rates last year after Britain entered its sharpest recession in decades, and since March has held interest rates at a record low of 0.5% and announced £200 billion in asset purchases with newly-created money.

Charts in the BoE report showed that the central bank expects inflation to rise sharply to above 2% in the next few months - higher than forecast in August - before easing back to around 1.6% in the medium term.

'The risks of inflation being above or below target are broadly balanced by the end of the forecast period. But there are significant risks to the inflation outlook in each direction,' the bank said.

This assessment could suggest that last week's announcement of an expansion to the central bank's quantitative easing programme could be the last, although the BoE has scope to change its view before the £200 billion of funds are spent by next February.

BoE projections show growth returning at the beginning of 2010, similar to August's forecasts, but then increasing slightly more rapidly than previously forecast to around 3.75% at the end of 2011. 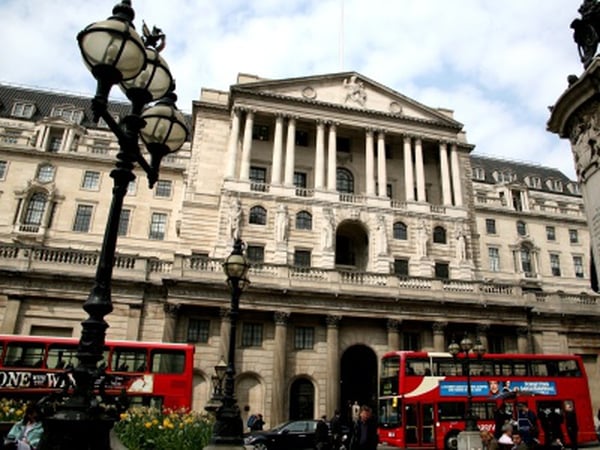 No rate changes after BoE meeting