The opposition parties have asked the Minister for Finance to clarify the mechanism by which profits will be paid out to private investors in the special purpose vehicle (SPV) to be set up by the National Asset Management Agency (NAMA).

The issue was raised at the committee stage debate on the NAMA Bill which is taking place in the Dáil.

The Minister for Finance has said the SPV is being set up in order to ensure that the debts involved in NAMA will be recorded outside the State's national accounts. The mechanism was approved by EU statistics body Eurostat last week.

Under the scheme approved by Eurostat, NAMA will set up a 'Master SPV', which will be 51% owned by private investors and 49% by NAMA. This will be responsible for buying, managing and selling off the loans identified by NAMA. It will have subscribed capital of €100m and private investors will be represented on its board.

The private investors, along with NAMA, will receive an annual dividend linked to the performance of the Master SPV. According to a briefing note issued to TDs today, this will be capped at the 10-year Irish Government bond yield at the time the dividend is declared.

When the SPV is wound up, the investors will be re-paid their capital only if the Master SPV has the resources. They will receive a further bonus of 10% if the Master SPV makes a profit. NAMA representatives will have a veto over decisions which could affect the interests of the Government or NAMA.

Labour's Joan Burton said the payment of profits would contradict section 58 of the Bill which says that remaining assets would be transferred to the Minister or paid into the Exchequer.

Finance Minister Brian Lenihan said any profits would be paid out on profits at the end of the year as per the terms of any business. Deputy Burton said the Minister would have no recourse to claw back profits from the early years if NAMA went bust in the latter years of its existence.

Fine Gael's Kieran O'Donnell asked the Minister to outline what the €100m from private investors would be specifically used for and who would they be. 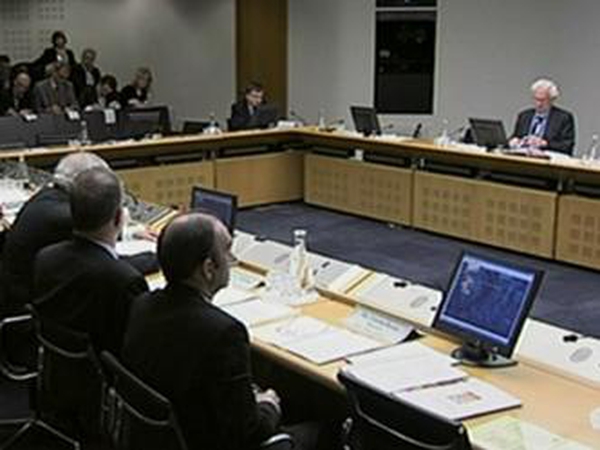