Sterling hit its lowest point against the euro since March this morning after figures which showed that UK consumer price inflation eased more than expected last month. This reinforced the view that British interest rates will remain low for some time.

The euro rose to 94.1p after the announcement, before falling back to 93.3p this afternoon.

Earlier, the Irish Exporters Association said the UK currency's weakness was catastrophic for exporters. Chief executive John Whelan told RTÉ radio this was the worst period in living memory for most indigenous exporters. He said sterling's rate is around 21% weaker than this time last year, knocking €200,000 off every €1m of sales to the UK.

Under QE, the British central bank creates money by purchasing bonds from commercial institutions in the hope of boosting lending to businesses and individuals.

Meanwhile, the euro also leapt above $1.48, despite falling earlier after a closely-watched German confidence index showed a fall in October. It reached $1.4850 by lunchtime before dropping back to $1.48. 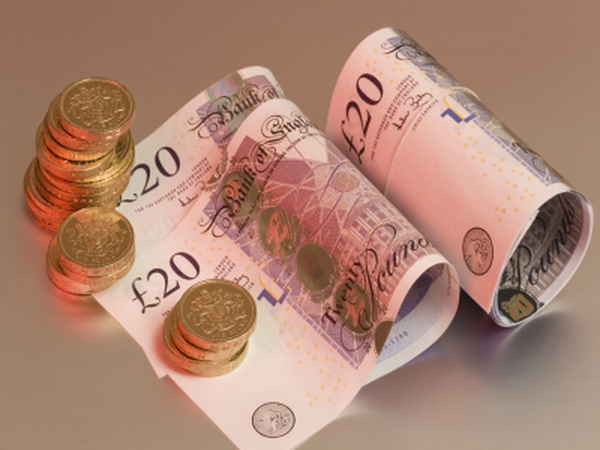