Signs of an economic turnaround appear to be filtering through to Irish shoppers as the latest consumer sentiment index improved in September.

The KBC Ireland/ESRI consumer sentiment index rose to 49.6 last month from 48.7 in August. Sentiment has remained broadly stable during the third quarter of the year.

KCB said that although the mood of the average consumer remains 'fairly downbeat', there have been signs in recent months that consumers are starting to 'detect some faint glimmers of light through the prevailing economic gloom'.

The bank said that after news of several significant job losses from the likes of Teva, UPS, Friends First, Irish Flavours and Fragrances and Georgia Pacific during the month, it would have been expected that sentiment in relation to unemployment would have deteriorated further.

However, there was a modest improvement in sentiment on jobs. 'Layoff announcements no longer represent the sort of shock they did at the end beginning of the year,' commented KCB's chief economist Austin Hughes.

Consumers also, surprisingly, upgraded their assessment of the board economic outlook and their personal finances in the next 12 months, today's survey states.

Despite the negative commentary on NAMA and the Commission of Taxation report, Mr Hughes said it looks as if Irish consumers judge that policy action, even if less than perfect, is far less worrisome than no action at all.

However, the increased hit to household finances from tax increases and unemployment in the past 12 months has more than outweighed any benefits from lower prices.

The survey also reveals that the buying climate weakened in September with the ending of the traditional summer sales. It noted that the reduced willingness to buy big ticket items - such as cars and washing machines - was far more pronounced in September than in previous years.

Mr Hughes said that while sentiment may be stabilising, there seems little prospect of a marked rebound in consumer spending.

'That said, the more stable tone of sentiment readings of late may signal that the dramatic pull-back in household spending seen earlier in 2009 may be easing. As a result, the outlook for the critical Christmas spending season, while still weak, may not be quite as dreadful as previously feared,' the economist added. 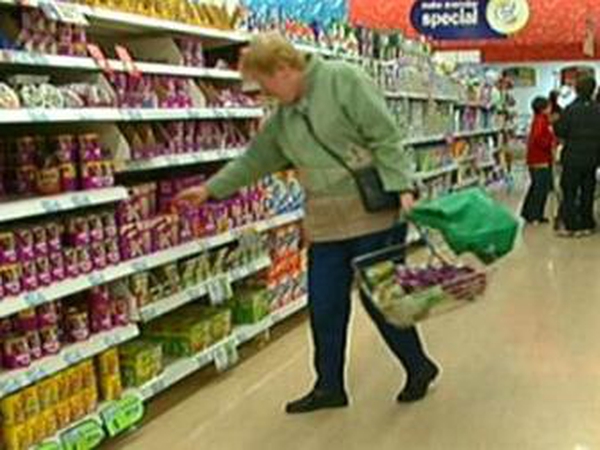