The International Monetary Fund has raised growth forecasts for most economies as the global economy pulls out of a steep nosedive, but warned recovery faces stiff headwinds.

'After a deep global recession, economic growth has turned positive, as wide-ranging public intervention has supported demand and lowered uncertainty and systemic risk in financial markets,' the fund said in its semiannual World Economic Outlook report.

The Washington-based institution released the report in Istanbul, ahead of October 6-7 annual meetings in the Turkish city with the World Bank.

The US economy, the world's largest, was recovering better than previously estimated, the IMF said, projecting a 2.7% decline this year and 1.5% expansion in 2010, compared with -2.6% and 0.8%, respectively.

US to see sluggish growth in slow recovery

In Europe, the pace of decline was moderating, with the euro zone seen returning to growth of 0.3% in 2010, instead of the 0.3% fall projected in the fund's July update.

Emerging and developing economies were ahead of the pack on the path to recovery, forecast to clock growth of 5.1% in 2010, led by China and India, at 9% and 6.4% respectively.

Driving the pick-up in global growth was the robust performance of Asian economies, underpinned by stabilisation or modest recovery elsewhere, the IMF said.

Other stimulative factors were a rebound in manufacturing, replenishment of inventories, returning consumer confidence and firmer housing markets.

The IMF credited strong public policies across advanced and many emerging economies that supported demand and reduced fears of a global depression for triggering the recovery from the steepest global drop in output and trade since World War II.

But the IMF cautioned that the data shows the rebound will be sluggish and credit will remain tight. The world's jobless numbers are also expected to continue to increase.

Global growth of around 3% in 2010 would be 'far below' the pace before the financial crisis struck in 2007 and accelerated in September 2008 after the bankruptcy of Wall Street investment bank Lehman Brothers.

And during 2010-2014, a lacklustre pace of slightly above 4% was estimated, less than the 5% growth in the immediate pre-crisis years.

'Premature exit from accommodative monetary and fiscal policies is a particular concern because the policy-induced rebound might be mistaken for the beginning of a strong recovery,' the 186-nation institution said.

A premature exit could stall the recovery, allowing deflationary forces to take root in a pernicious downward spiral of falling prices and demand as buyers delay spending in anticipation of further price declines, the IMF warned.

Credit constraints remain a significant barrier to growth, despite the hundreds of billions of public dollars pumped into the financial system to unblock the gridlock. Banks lack the capital to restore lending to levels that would support a sustained recovery.

The IMF estimates that global bank writedowns could reach $2.8 trillion for the period between mid-2007 through end-2010, with $1.5 trillion in losses yet to be recognised. The bulk of the losses occurred to US, British and euro zone banks.

Private sector credit is expected to contract or barely grow in the those areas during the rest of 2009 or the first part of 2010, the report said. Financing conditions for many businesses and consumers 'will remain very difficult.'

The IMF was asked by the Group of 20 largest economies at their Pittsburgh summit last week to take a greater role in assessing members' policies to reduce the risk of another systemic crisis. 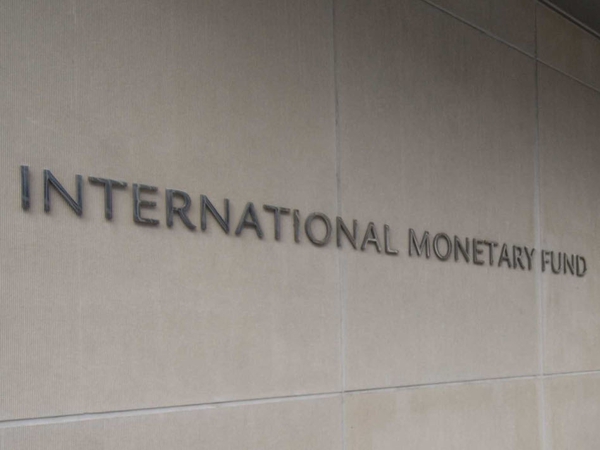