National Irish Bank has reported a pre-tax loss of €341m for the first half of 2009 as the bank set aside loan impairment charges of €379m.

The bank also said today that it has decided not to participate in the National Assets Management Agency.

The bank, owned by Danske Bank Group, said its operating profit before impairment charges rose by 34% to €38m. Income for the six-month period rose by 6% to €101m, while costs fell by 6% to €63m.

NIB's total loan book is valued at €10.6 billion. The bank said that mortgages represent €3.9 billion of this with loan quality 'considered satisfactory'. It says that fewer than 100 customers are in arrears for over 90 days.

It added that its exposure to commercial property is valued at €3.3 billion, with most of the bank's loan impairment charges in this area.

'Operating profit levels are holding up well, but the amount we have set aside for potential loan losses is high,' commented Andrew Healy, National Irish Bank's CEO.

'Although the level has reduced on the previous quarter, we expect this figure to remain high, in the short term at least,' he added.

Mr Healy said that the bank remains committed to working closely with customers, managing its loan book and reducing its costs.

'We are fortunate in these difficult times to be part of the Danske Bank Group, a strong, well capitalised and supportive parent,' he added.

NIB also said today that it has decided not to participate in the National Assets Management Agency.

The bank says it is part of a strong, well-capitalised European banking group, the Danske Bank Group, and has no reason to participate in NAMA.

The bank says, though, that it is is fully committed to Ireland and is 'here for the long term'.

NIB says that while it will not directly participate in NAMA, it will work with the agency where the two have mutual clients, taking into account the bank's specific commercial interests.

It says it supports the objectives of NAMA. It adds that the agency, if properly executed, will have a vital role to play in the Irish property market, the recovery in the banking sector and the Irish economy.

NIB's parent Danske Bank reported second-quarter losses as it said that write-offs from bad loans could hamper profitability for the rest of the year.

'The level of loan impairment charges is expected to remain high, reflecting the general economic climate,' the Copenhagen-based bank said.

For the three months from April to June, Danske Bank said it made a net loss of 827 million kroner (€110m), down from 3.24 billion kroner a year earlier.

Danske Bank said it expected the rest of the 2009 to be 'very challenging' due to the ongoing global economic turmoil. 'Negative developments in macroeconomic conditions continue to create a difficult business environment, and the second half of 2009 will also be a very challenging period for the financial sector,' it said in its earnings statement.

'It will take time before an improvement in macroeconomic conditions translates into improved customer creditworthiness,' it added.

The Danish government has said unemployment figures for June showed that 3.8% of the active population were out of work, compared to 1.6% last September. It expects that figure to rise throughout 2009, increasing the risk of borrowers defaulting on their bank loans.

'The downturn in the property market and lower domestic demand led to rising unemployment and a deterioration of government finances. Irish GDP is now set to contract by about 7% in 2009,' it said.

It added that the outlooks for Ireland and the Baltic region are particularly bleak. Non-performing loans in Ireland increased to 5.8% of the total lending book. 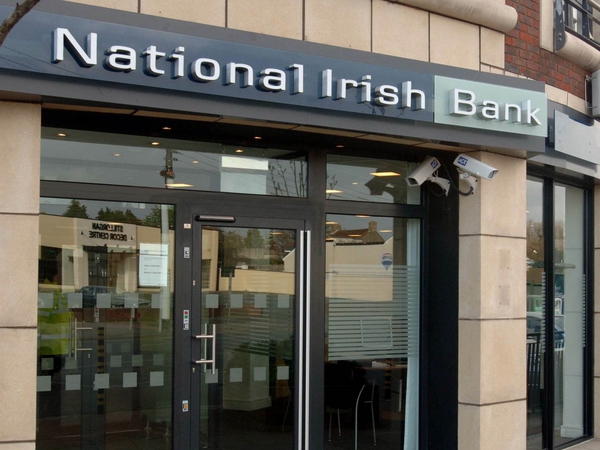