Britain's state-controlled Lloyds Banking Group today posted a net loss of £3.124 billion sterling for the first half of the year.

The bank, which is 43% owned by the UK government, said impairments on bad debts rose 'significantly' to £13.4 billion, largely due to HBOS.

LBG's Irish division - Bank of Scotland (Ireland) and Halifax - recorded an impairment loss of £1 billion, representing 3.4% of average loans, a rise from 1.8% in the second half of 2008. Lloyds said there were 'ongoing concerns' about the outlook for the Irish economy.

Lloyds said HBOS's assets accounted for 80% of the impairments. The bank said the fall in property prices over the first six months of the year had a significant effect on the group's results because of the large amount of related loans at HBOS.

It said more conservative assessments of HBOS's commercial property assets meant impairments, which were up from £2.5 billion in 2008, should peak in the first half of the year.

'Our first half loss was driven by the high levels of impairment,' said group chief executive Eric Daniels.

'The core business delivered a resilient performance, despite the weak economy. We are successfully managing the short-term issues and are well positioned to outperform over the medium term, providing value to our customers and shareholders,' he added.

Group revenues increased by 7% to $11.94 billion in the first half. LBG's interim results were calculated on a pro-forma basis, as if it had already been trading as a combined group.

The company has slashed thousands of jobs since its creation earlier this year when Lloyds TSB bought rival lender HBOS.

HBOS had faced potential collapse as the credit crunch hit its ability to raise funds. It was also saddled with massive losses as a result of high-risk investments which plunged in value amid a fierce recession in Britain. 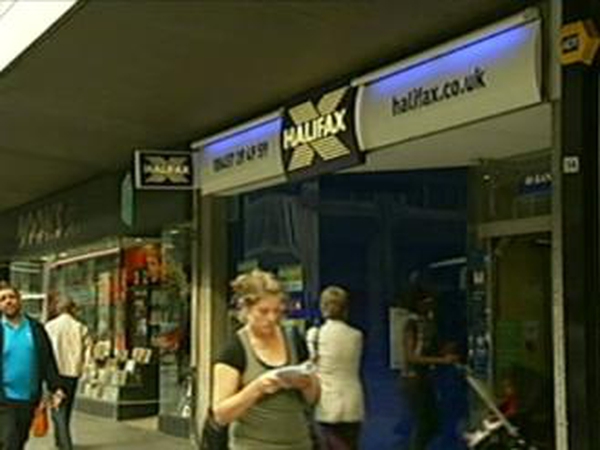