Official figures show that May was another weak month for consumer spending, with the volume of retail sales falling by 1.2% from April.

Retail sales were down 15.4% from the same month last year. The annual figures have been affected by a collapse on motor sales in the early months of this year, but even when the motor sector was excluded, sales were 9.2% lower than in May last year.

The CSO also revised down April's figure for sales excluding garages. This had shown a 0.6% rise from March, but has now been changed to a 0.7% drop.

A breakdown showed that sales in the motor trade were up 3.3% in May from the previous month, but these are still almost 40% lower than a year earlier.

Sales of hardware, paints and glass were down 6.2% in the month, while clothing sales dropped 5.2% and furniture was 2.4% lower. Bar sales were up 1%, however.

Categories linked to the property sector have been particularly badly affected, with hardware, paints and glass sales 27% lower over a year, and furniture sales down 31%.

Meanwhile, the value of retail sales, which takes prices into account, fell by 1.4% in the month and 19.4% over a year. 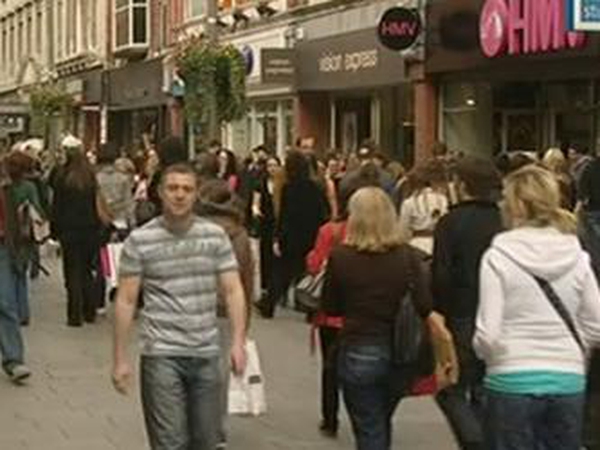