China's economy grew 7.9% in the second quarter of 2009, in a startling turnaround for the Asian powerhouse fuelled by a massive stimulus package.

Expansion in the world's third biggest economy picked up pace again after growing by just 6.1% in the first quarter of the year, which was the slowest growth in more than a decade.

China's gross domestic product grew by 7.1% in the first half of 2009 compared with the same period a year earlier, the Chinese National Bureau of Statistics said.

This put China back on track to achieve its goal of 8.0% growth for the whole year, despite the global financial crisis, however the government warned many pitfalls still lay ahead.

'There are many difficulties and challenges existing in the current national economic performance,' bureau spokesman Li Xiaochao said.

'The base for recovery is still infirm. The momentum for picking up is unstable. The recovery pattern is unbalanced and thus there are still uncertain volatile factors.'

Before the global economic crisis struck last year, China had experienced double-digit growth from 2003 to 2007.

The Chinese government implemented a four-trillion-yuan ($580-billion-dollar) package in November last year that has had dramatic results.

China's urban fixed asset investments, a measure of government spending on infrastructure, rose 33.6% in the first half of 2009 compared with the same period a year earlier. Investments in urban fixed assets increased by 35.3% in June year-on-year.

China's consumer price index, the main gauge of inflation, fell 1.7% in June compared with the same month a year earlier, a further decline from May's drop of 1.4%, the bureau said.

However analysts said inflation could make a quick return and prove a problem for China's economic planners. The consumer price index grew 5.9% in 2008 but weakened significantly as the global crisis slowed China's economy.

China's industrial output, which illustrates activity in the nation's millions of factories and workshops, expanded by 9.1% in the second quarter of 2009 from a year earlier. 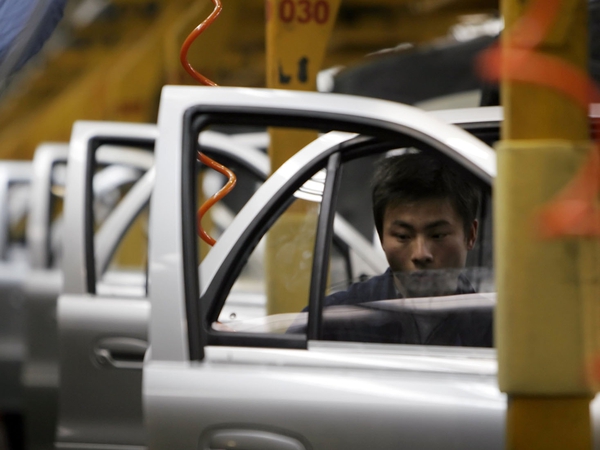