The Joint Oireachtas Committee on Finance and the Public Service has been hearing more details of plans to set up a National Asset Management Agency (NAMA), which will take assets - mainly those linked to property development - from banks.

The interim director of NAMA, Brendan McDonagh, said the agency would have to work with institutions outside the State guarantee scheme, as some developers had loans with many banks. He said that €60 billion in loans and between €20 billion and €30 billion of collateral assets would be transferred to NAMA.

Mr McDonagh said it was not possible to give an estimate of how much NAMA would pay for the loans, as each loan had to be individually assessed. He said the early information was that the majority of loans were 'bespoke' - tailored to individuals with unique legal conditions.

The details of loans furnished to NAMA yesterday from the six covered institutions will show for the first time the exposure of individual developers. Mr McDonagh said a number of borrowers had loans of more than €1 billion across all the institutions. Up to a 1,000 borrowers have loans greater than €10m.

He said NAMA was not in the business of liquidation, but developers who did not comply with NAMA would face the full legal consequences. Finance Minister Brian Lenihan told the committee some liquidations, receiverships and bankruptcies would have to take place.

'Clawback' levy will be applied - Lenihan

Asked about a plan for a levy to claw back from banks any losses on loans transferred to NAMA, Mr McDonagh said that would not be decided until the agency completed its work in 10 years' time and the amount realised by assets was clear.

Finance Minister Brian Lenihan said the levy could not be included in the NAMA legislation for legal reasons but it could be added to a future Finance Act. But he said it would be made clear when NAMA was set up that the levy could be applied in the future.

But some politicians were sceptical about the legality of clawing back losses from banks. Labour's Joan Burton said it would be impossible. Fine Gael's Sean Barrett said the taxpayer would be in serious trouble as a result of this. The answer from the banks, he said, would be to 'get stuffed'. Minister Lenihan insisted it was possible, adding that the Attorney General was advising on how the levy could be imposed.

Minister Lenihan also told the committee that nationalising the banks would not be a 'short-term panacea', and it was better that banks operate within 'market disciplines'. But he repeated that the State would take stakes in the two main banks if this were needed to improve their financial positions.

He confirmed that he intended to publish the legislation establishing NAMA in July and that the Dáil would be recalled, if necessary, to debate the scheme.

Dr Peter Bacon, who advised the Government on setting up NAMA, said it was important to take all development loans into the agency, including performing loans, in order to give certainty to investors. He said it did not matter whether the loans resided in the banks, overseen by NAMA, or whether they transferred fully to NAMA. The critical point is that NAMA provides the strategic direction, he said. 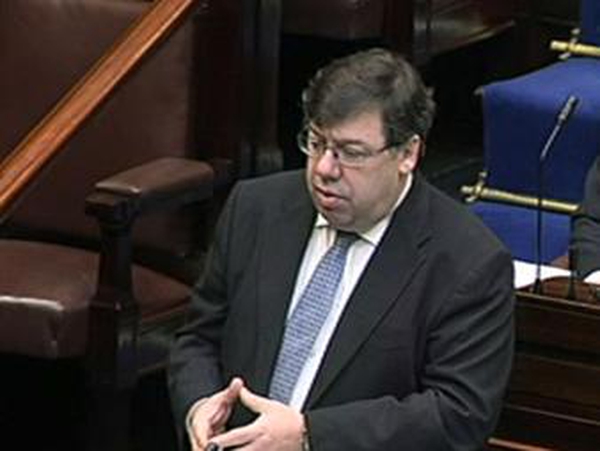 Cowen tries to reassure on NAMA