Taoiseach Brian Cowen has said the Government will continue to take whatever steps are necessary to get the economy back on track, despite what he described as 'sniping' from the Opposition.

Mr Cowen was responding to Fine Gael leader Enda Kenny, who asked if the Taoiseach would call a general election if the people voted no confidence in the Government in the elections on June 5.

Mr Kenny also asked the Taoiseach to consider Fine Gael's proposed alternative to the Government's plan to establish a National Assets Management Agency to take over property-based debt from the banks.

He said the Government's plan for dealing with the banking crisis would result in every family in the country being landed with a €45,000 mortgage.

In response, Mr Cowen said he did not agree with the Fine Gael plan, which he said would involve defaulting on debts which would increase the cost of borrowing.

Meanwhile, Labour leader Eamon Gilmore accused the Government of 'dithering' over the NAMA plan, saying the agency 'doesn't have a clue' what it is doing.

Mr Cowen said the heads of the legislation to establish NAMA would be with Government next month, and that while it was urgent, it was also complex, and it was vital to get it right. 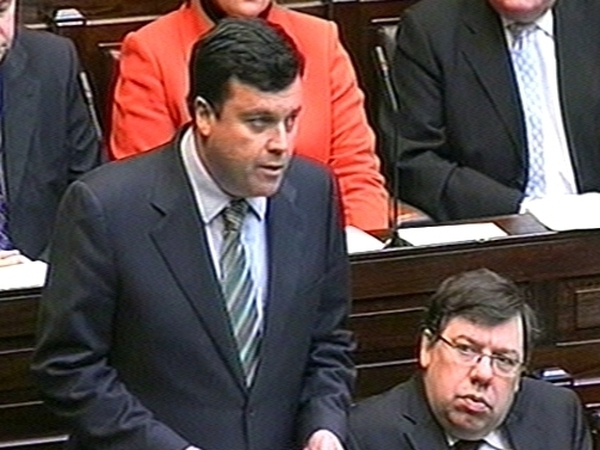