China's factory output growth slowed in April, providing fresh evidence - a day after poor export data - that recovery in the world's third-largest economy is not yet solid.

But the pace of retail sales growth surprisingly accelerated, offering encouragement that consumers are helping to compensate for weakness in the industrial sector.

Growth in factory output slowed to 7.3% in the 12 months to April, below analysts' forecasts of a rise of 8.3%, which was also the figure for March.

The moderation was consistent with a 22.6% drop in China's exports last month and suggested factories may have jumped the gun in March by stepping up output and adding to inventories in expectation of orders that did not fully materialise.

Factory output growth is well up, however, from the record low pace of 3.8% in the first two months of the year. Economists expected output to gather momentum as the government's $585 billion stimulus plan, which is concentrated on infrastructure projects, moves into top gear.

A breakdown of the data showed that factories clustered on China's seaboard, home to its major exporters, fared much worse in April than those inland, where the main focus is on the domestic market.

Other figure showed a pick-up in annual retail sales growth to 14.8% in April from 14.7% in March. The increase, which beat forecasts, was especially impressive because consumer prices fell at a quicker pace last month, deflating the nominal sales figures.

Economists were reluctant to read too much into the retail sales figures, which include purchases by the government as well as households. But the report suggests that consumption is holding up well for now despite widespread job losses. The government estimates that 23 million migrant workers alone have been let go during the downturn. 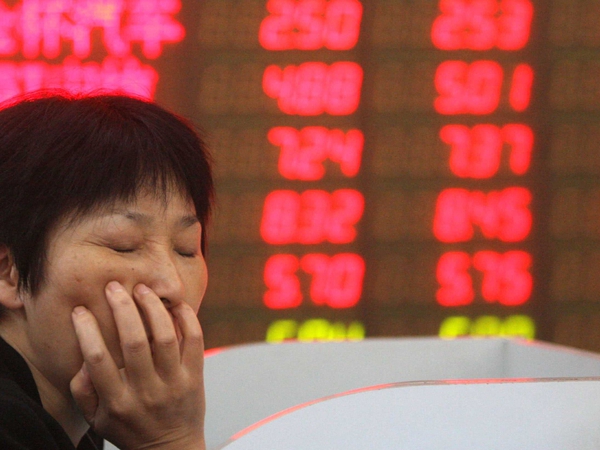