AIB chief executive Eugene Sheehy has told the bank's board he is to retire. Chairman Dermot Gleeson will also step down in July, while finance director John O'Donnell will retire in August.

A statement from AIB said a process would be put in place immediately to find a replacement for Mr Sheehy 'in the coming months'. Mr Sheehy will stay on until his successor is appointed. He became chief executive in 2005.

AIB said the process to find replacements for the chief executive and finance director would consider candidates from inside and outside AIB.

Meanwhile, Dan O'Connor, who joined AIB's board in 2007, will succeed Mr Gleeson as chairman, while David Pritchard will take up a new role of deputy chairman.

AIB said it had consulted the Minister for Finance Brian Lenihan about the changes.

When the bank's annual results were released last month, Mr Sheehy said he regretted some of the lending decisions the bank had made. But when asked on RTE radio about his own position at that time, he said he wanted to continue to lead the bank in the coming years to see it recover.

Listen to his interview with Emma McNamara

AIB last month reported a 60% drop in its 2008 pre-tax profits, as it set aside €1.8 billion to cover bad debts. Its shareholders are to due to vote later this month on Government plans to inject €3.5 billion into the bank.

Last week, AIB also said it planned to increase its core one capital - a measure of its financial reserves - by an additional €1.5 billion, possibly by selling off assets.

Meanwhile, Bank of Ireland says it has raised €1 billion through a bond issue. It says the bond, which is covered by the Government guarantee scheme, was oversubscribed, with orders worth €1.2 billion. 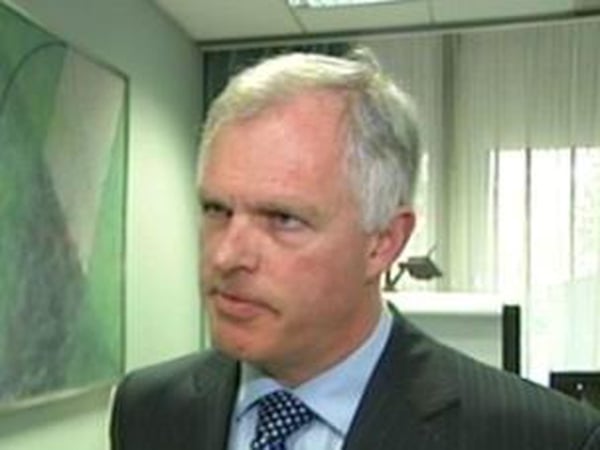