British house prices rose for the first time since October 2007 in March, the Nationwide Building Society said today, but the lender cautioned against jumping to conclusions about a housing market rebound.

'The moderation in the annual rate is somewhat distorted by conditions last year and so it would be unwise to draw strong conclusions,' said Nationwide chief economist Fionnuala Earley.

'While the rise in prices in March is welcome, it is far too soon to see this as evidence that the trough of the market has been reached,' she added.

Britain's housing market has taken a pounding during the credit crisis and resulting economic downturn as banks shied away from risky lending.

There have been a few very tentative signs that the market may be stabilising at historically low levels. Bank of England data on Monday showed approvals for new mortgages rose more than expected to 38,000 in February from 32,000 in January.

But that is still well below long-term averages and analysts say prices will fall further before any recovery begins as it will take time for cuts in interest rates to a record low of 0.5% and the BoE's quantitative easing plan to work. 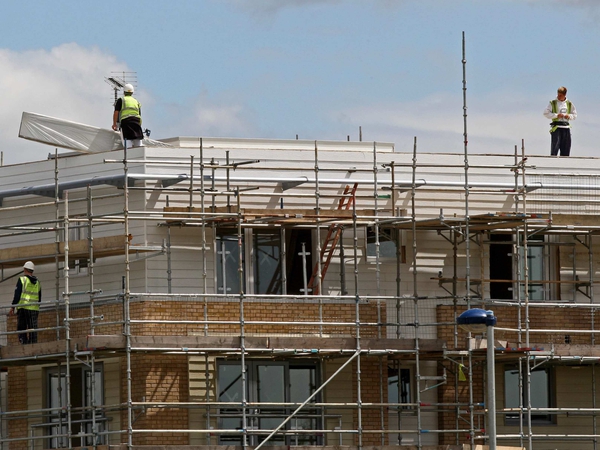