The number of people signing on for unemployment related payments and social welfare credits is now higher than ever before. According to the latest figures from the Central Statistics Office the total stands at 371,271, or 11% of the workforce.

This means the rate of unemployment has more than doubled in a year and is now at its highest rate for 13 years.

Today's figures show that 16,834 people were added to the dole queues during March alone - that is twice the increase recorded during the same month last year.

Traditionally, however, unemployment usually falls during March because of seasonal employment patterns. When allowance is made for these factors, the CSO estimates that the underlying increase in unemployment was 20,000 people last month.

The figures also show that for the time time ever there are more than a quarter of a million men on the Live Register in Ireland. The Taoiseach said last month that he expects the unemployment total to reach 450,000 by the year end.

Today's numbers are likely to increase pressure on the Government to introduce measures to encourage job creation in next week's Budget.

He says that while this may have started out as a building industry problem, it has now spread like wild fire across other sectors of the economy. Apart from the sharp fall in construction employment, other sectors like manufacturing, retail, transport, tourism and financial services are starting to significantly feel the pinch too.

He points out that in the first quarter of 2009, there was a seasonally-adjusted increase of 79,700 on the Live Register. 'If that trend were to be maintained over the remaining three quarters we would end up with a total signing on of almost 612,000 by the close of the year and an unemployment rate of 18%,' he predicts.

The economist says the Government must assist employers in next week's supplementary Budget if the economy is to contain the numbers on the Live Register. He suggests that reducing employers' PRSI would be a move in the right direction.

Ulster Bank economist Lynsey Clemenger forecasts that the country's unemployment rate will hit 16% by the end of 2010, before beginning to fall back as the employment prospects at home and abroad improve. 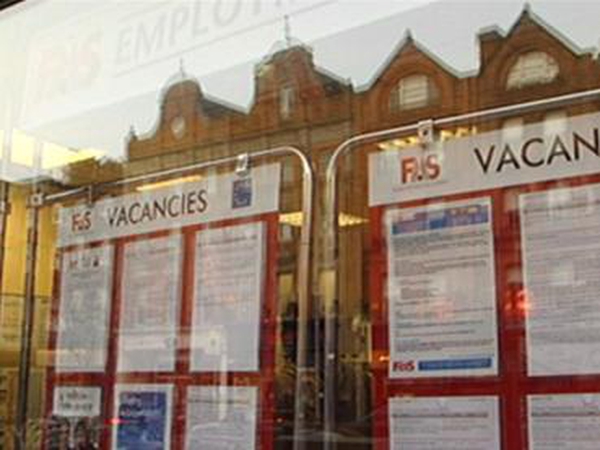