A former internal auditor in AIB, Eugene McErlean, has said the Financial Regulator knew about overcharging by the bank in 2001, but later gave the false impression that it became aware of it only in 2004.

Mr McErlean, who was group internal auditor in AIB from 1997 until 2002, was giving evidence before the Oireachtas Joint Committee on Economic and Regulatory Affairs.

In a statement this evening, the regulator said any allegations that it had withheld information in a 2004 report on the issue were 'completely without foundation'. AIB said the issues referred to by Mr McErlean were fully reported by AIB to the relevant regulatory authorities at the time, fully investigated and fully addressed.

Mr McErlean said the audit unit had reported a major overcharging of fees to customers in 2001. Mr McErlean also said the Central Bank had been given a copy of that audit report and AIB had undertaken to hold a complete review of the issue and promised refunds would be made to customers.

He said that the audit team had later found no action had been taken by the management of the AIB.

Mr McErlean gave today's meeting of the committee a copy of the minutes of a meeting he had had in May 2002, confirming the Financial Regulator was aware of the issue. He said later in 2002 the regulator had issued a statement, indicating it had done a rigorous review of the overcharging issue.

Mr McErlean asked why that information had not been given to a Dáil committee, which investigated the same issue, three years later. He also asked why the regulator's investigation had not uncovered the fact that AIB was liable to repay about €65m in fees, to customers.

Mr McErlean said that four months after the overcharging came to light, the chief executive of the Regulator's office had asked him if he was withdrawing all the allegations about overcharging. The former head of AIB's internal audit unit said he told him he was not withdrawing anything.

Mr McErlean said he had also raised with the Financial Regulator the fact that the AIB subsidiary, Goodbody, had arranged for all of its purchases of AIB shares for clients to go through what he believed was an illegal process.

He said those purchases were done using a company on the island of Nevis in the Caribbean - which was blacklisted at the time by the financial community. He said he believed that was not legal, although Goodbody had received a legal opinion to say it was. He said that Patrick Neary, then deputy regulator, was shocked when Mr McErlean told him.

The regulator said any allegations that it would have withheld information relevant to its 2004 report were completely without foundation. It said separate and unrelated instances of overcharging by AIB to those covered in the 2004 report were reported to and known to the Central Bank - which at the time regulated the banks - in 2001.

'These matters were examined and AIB were instructed to report to the Office of the Director of Consumer Affairs (ODCA), which was the relevant competent authority for issues relating to bank charges at that time. AIB's internal audit function informed the Central Bank at the end of 2002 that all necessary repayments had been made to customers,' the regulator said. The Financial Regulator said it was writing to the Joint Oireachtas Committee on these issues. 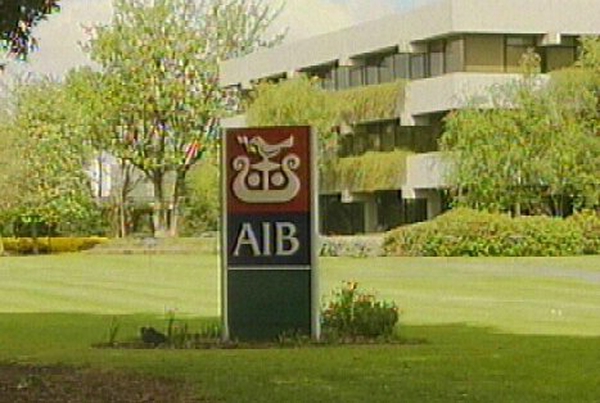