Administrators of the music and DVD retailer Zavvi have announced the sale of up to 13 stores and the closure of its 17 remaining outlets in Britain and one in the North.

The former Virgin Megastore chain went into administration on Christmas Eve after it was crippled by the collapse of Woolworths' Entertainment UK wholesaling division. At its peak it had 114 stores in the UK and 11 in Ireland and more than 2,300 full-time staff.

21 staff at Belfast's Victoria Square store will lose their jobs. The store there had been one of the remaining 18 outlets.

Earlier 60 jobs were lost with the closure of four branches of Zavvi in Northern Ireland.

Zavvi closed its branch at Blanchardstown in Dublin last month. Another five of its 11 stores in the Republic were sold to rival music group HMV. The 110 workers at the stores in Dundalk, Dundrum, Liffey Valley, Limerick and Newbridge were transfered to HMV immediately. 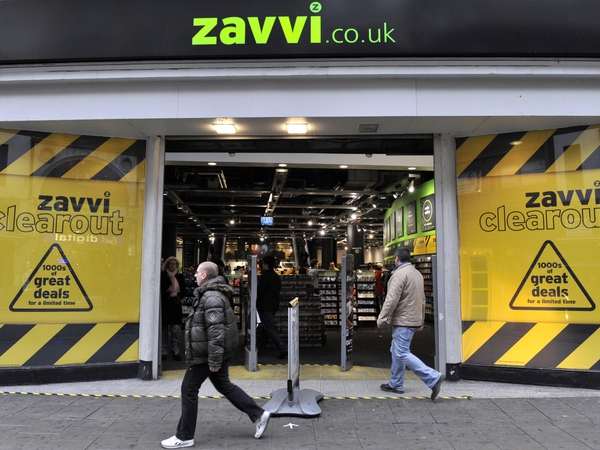