The European Commission has said Ireland needs to do more to reduce borrowing this year, rather than putting it off for years. Ireland, along with five other EU members, is now in breach of EU guidelines on government debt, triggering what is known as an excessive deficit procedure.

But the Commission praised the Government's efforts to combat the recession. It also said it would use the 'full flexibility' available to consider the six cases, due to the 'exceptional circumstances' caused by the financial crisis and economic downturn.

France, Greece, Ireland, Latvia, Malta and Spain were named as the countries that have failed to keep their public deficits to under 3% of gross domestic product in 2008 as required by the EU's Stability and Growth Pact. The Irish Government deficit this year is projected to be 11% of GDP without cuts to spending.

EU Economic Affairs Commissioner Joaquin Almunia said that excessive deficit procedures were a tool for helping economies, and were not taken against anyone. Given the situation of the Irish economy and the size of the deficit, he said, the 'fiscal consolidation' in Ireland should be more ambitious, but he said the EU could not criticise the Irish authorities, who were in a 'very strong' recession.

The commission said Ireland's five-year plan to control the public finances was 'adequate', but the growth projections were optimistic and the plans for making savings lacked detail.

The key question is how much time the commission will decide to give the six countries concerned to get back into budgetary line when it formally opens excessive deficit procedures next month.

Mr Almunia said France and Spain should work to restore budget discipline in 2010, without going into details. The issue is further complicated given that many more of the EU's 27 countries are set to see their deficits balloon above the 3% limit this year as they seek to shore up their economies as the worst economic crash in decades lowers tax revenues and increases government bail-outs and nationalisations.

'As a result of the sharp global financial and economic crisis, EU public finances are under stress,' said Mr Almunia. 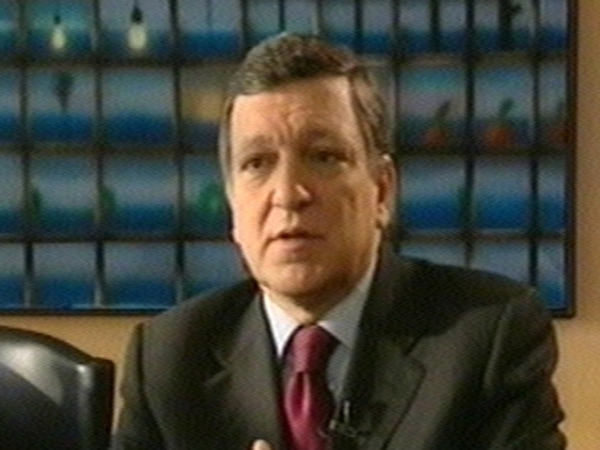