Royal Bank of Scotland, which owns Ulster Bank here, today said it would cut this year's staff cash bonus by more than 90% to £175m sterling.

The bank, which is now nearly 70% owned by the UK taxpayer, said there would be 'no reward for failure' as it announced the cuts and confirmed no discretionary cash bonuses would be made for last year.

Ulster Bank confirmed this evening that the current pay freeze introduced by the bank for senior managers remains in place and salary increases will not be paid to the senior managers across the group. It added that the 2009 pay review for all staff remains under review and subject to consultation with staff and unions.

A statement from Ulster Bank said that the existing profit share scheme - worth 10% of salary - will not be paid for 2008 and will be terminated for all further years. It added that no discretionary cash bonuses will be paid this year for 2008's performance.

RBS also announced a pay freeze this year for senior and US staff, as well as those in its investment banking arm, the division that has been largely responsible for mammoth losses at the group.

Other staff will on average receive below inflation pay rises, added RBS. It has also introduced an option to 'clawback' any of the non-cash awards made to staff for 2008 if losses arise from their activities.

The bank is now conducting a review of its pay and incentive policies, with more details due in its forthcoming annual report.

The UK government has been facing intense pressure to halt all bonuses at RBS and Lloyds Banking Group - the two banks bailed out by the taxpayer.

Ministers across the political spectrum have argued that it is wrong for the banks which have taken public money to make bonus payments.

Giving evidence last week to the Commons Treasury Committee, RBS chief executive Stephen Hester said they could not ignore obligations as well as the need to retain their best staff.

The announcement will now put pressure on Lloyds - which includes the loss-making HBOS - to cut back its bonuses to the minimum.

RBS paid out around £2.5 billion in bonuses across the group last year. But it has been one of the banks worst hit by the global financial crisis, recently warning its losses for 2008 could hit as much £28 billion, which would mark the biggest loss yet in UK corporate history.

The news came as British Chancellor Alistair Darling insisted bonuses at the bank would be slashed to the 'absolute legal minimum'. 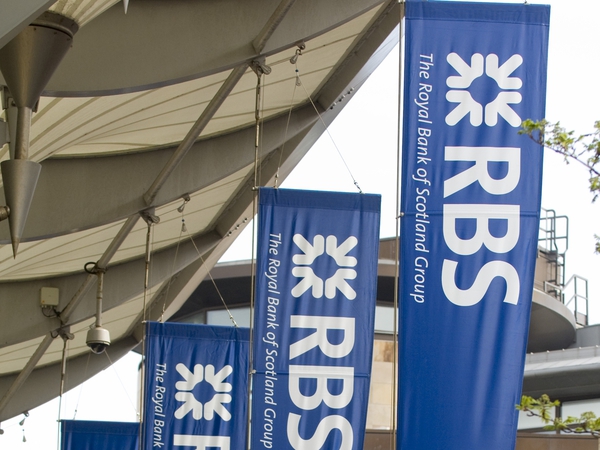