The Minister of State for Housing has announced funding of €94m for social and special needs housing countrywide.

380 units of social housing will be rolled out over the next three years.

Minister Finneran has earmarked €17m for the regeneration of five disadvantaged estates in Dublin, Cork, Mayo and Roscommon.

He said the €17m will be used to 'improve the energy efficiency, quality of housing, and environment' of the five estates. 'A significant proportion of exchequer funding will be available to the relevant local authorities to carry out these schemes.'

The Minister also announced details of a €20m scheme whereby local authorities will enter into long-term leasing arrangements on vacant properties to meet the social housing need. Minister Finneran said that there are 40,000 unsold, vacant and unfinished units lying idle around the country, and that there are 56,000 people on waiting lists.

The housing association, Respond, has given the scheme a cautious welcome, saying these developments must be integrated models of public and private housing. Otherwise, it said, the scheme could potentially pave the way for a return to so-called council ghettoes.

The Minister used the backdrop of the failed 75-house St Patrick's estate in Ballina to announce details of the 31 schemes.

As part of the overall package of approval, the Minister announced funding of €12.9m for the regeneration of St Patrick's estate. This scheme - built in early 1970s - has fallen into serious decline in recent years.

The Minister acknowledged his Department's commitment to the provision of social housing through partnerships with voluntary bodies, the local authorities and his Department. 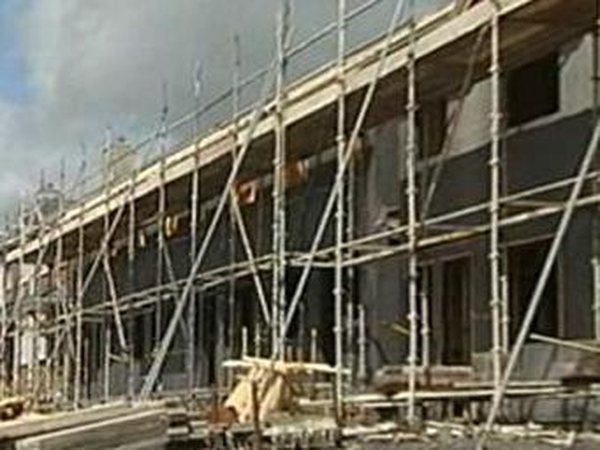