The company says it expects the reduction to be complete by January next year, with workers beginning to leave Dell in April.

Listen to and watch reaction to the announcement

In a statement, Dell said it will move all production of computer systems for customers in Europe, the Middle East and Africa (EMEA) from Limerick to its Polish facility and third-party manufacturing partners over the next year.

The move is part of a $3 billion cost-reduction initiative the company announced last year and is being made as a result of an ongoing comprehensive review of Dell's global supply chain.

The job cuts will be a devastating economic blow to Limerick. It is estimated that another 10,000 jobs in sub-supply companies rely on Dell business and a large scale withdrawal will affect jobs in that wider industrial community in the Mid West.

On RTE radio, the Tánaiste, Mary Coughlan, said a task force would be established to try to find alternative employment for those affected. The Taoiseach said the Government would continue to work with Dell to identify opportunities arising from the company's new business model.

Dell's vice-president of manufacturing, Sean Corkery, told RTE Radio's News at One the decision was taken only early this week, despite speculation it had been taken earlier.

On the same programme, Minister for Defence Willie O'Dea, a TD for Limerick East, said the Dell announcement was a huge blow to the workers, their families and the region. He said he wanted to assure the workers that their future was the priority of the Government.

Minister O'Dea said IDA Ireland was working on a plan to provide of up to 750 alternative jobs at Dell in the relatively near future. He said the IDA had come up with a plan to find the funding necessary to back a bid to Dell to bring the new jobs to Ireland. He said the jobs were in areas including research, customer service and technical support.

But Fine Gael TD Michael Noonan criticised the Government's handling of the situation, and said it had not done enough to prepare for the job losses. He said the job creation agencies should be told to give priority to Limerick over the coming months.

'This is a difficult decision, but the right one for Dell to become even more competitive, and deliver greater value to customers in the region. We are proud of our 18-year tenure as a major manufacturer in Ireland,' Mr Corkery said in a statement.

The company said affected workers will receive 'competitive' severance packages and career outplacement assistance as they leave from the company.

It said the remaining employees will continue to co-ordinate manufacturing, logistics and supply chain activities across different functions, including product development, engineering, procurement and logistics.

Dell will also continue its sales, marketing and support activities in Cherrywood in Dublin. That plant employs over 1,300.

'We will treat affected employees with dignity and respect and offer them every practical support through this extended transition period to minimise the impact on them,' said Mr Corkery.

'We appreciate the support from the Irish Government and the people of Limerick over these many years,' he added.

'IDA has a pipeline of projects under consideration for the Limerick region. We are pursuing these potential investments and will do everything possible to speed up the investment decisions in Limerick's favour,' he added.

Mr O'Leary said that although the announcement was disappointing, Dell remained committed to Ireland and continued to employs more than 2,000 people in Ireland.

The American Chamber of Commerce, which represents US firms in Ireland, said the Dell decision was a significant blow to Limerick, the Mid-West region and the Irish economy.

It warned that other similar decisions - what it called 'disinvestment' - within the multinational sector could be expected in the next 12 to 18 months. But the body said these would be offset by new investments from existing and new multinational companies. 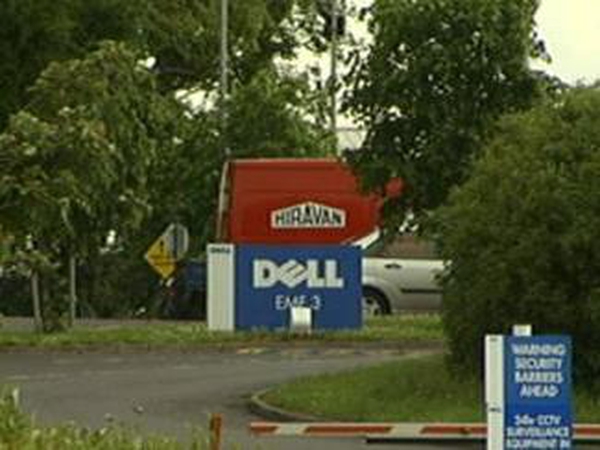