The US government is to provide the country's struggling car makers with $13.4 billion in short-term loans to avert a collapse. But it has set the companies strict conditions to prove their viability.

President George W Bush said his administration would provide the three big car makers with aid while they implemented plans to restructure because otherwise their collapse could send the economy into a deeper and longer recession.

But he added that the companies must take the hard decisions needed to reform. He added that restructuring would 'require meaningful concessions from all involved in the auto industry'.

General Motors is to get $9.4 billion and Chrysler $4 billion, and only GM may qualify for $4 billion more in February.

The funds will be drawn from the Treasury's $700 billion Troubled Asset Relief Program (TARP). An additional $4 billion from the TARP will be available in February, provided Congress approves the second portion of that programme.

Ford Motor Co has said it would not need a short-term loan from the government, but lauded the Bush administration's decision to extend aid to its cash-strapped competitors and renewed a request for a $9 billion line of credit.

Ford said it hopes to restructure its business without government assistance but requested the $9 billion line of credit as a 'critical backstop or safeguard against worsening conditions.'

GM, Ford and Chrysler had asked earlier for a government rescue to help weather the economic crisis after Congress refused a bail-out in a dispute over union wages.

The Detroit Big Three have repeatedly warned that without a package of loans, millions of jobs could be lost, which they say would have devastating effects for the country's already stumbling economy.

Chrysler said on Thursday it was closing its American plants for a month from Friday after GM announced it was idling 30% of its North American production. Bush had faced pressure to act before the Christmas and New Year holidays. 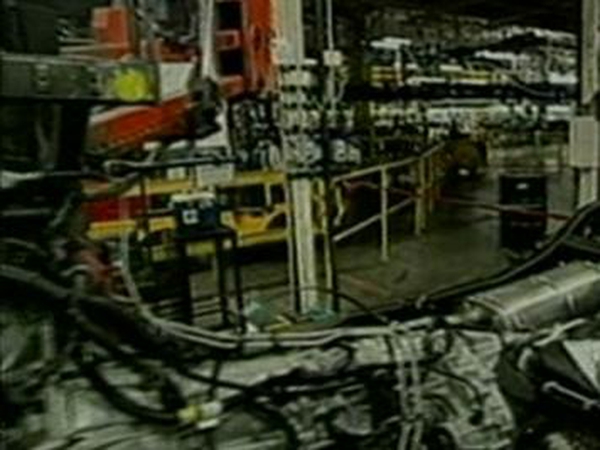 US car trio could get finance funds