The bank's shares were the subject of a significant sell-off after it announced it was suspending paying dividends in a results announcement last week.

In February 2007, Bank of Ireland was valued at more than €18 billion and its shares were trading at well above €18 a share.

But in recent times, the bank has been the victim of a collapse in confidence in world banking, aggravated by acute concern over its exposure to property lending here.

After the announcement of a 32% drop in profits in the six months to the end of September and the suspension of dividend payments last week, its share price began to drift lower to finish the week at €1.08.

This morning that suspension of dividends has seen the sell-off gain momentum with the share price drifting to 99 cent, then to 97 and down to 93 and then 90 before regaining to stand at €1.05 this afternoon.

Funds, which hold the shares long term to earn income from dividends, have had no option but to sell. But they are selling into a market with no appetite for Irish banks and where short selling - which encourages investors to buy shares at low prices - is the subject of a ban from the Financial Regulator. 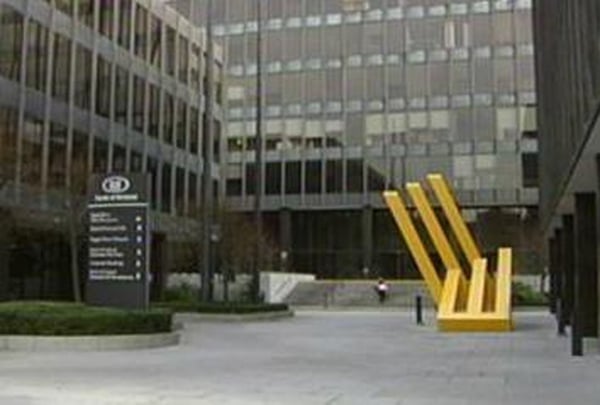 Too uncertain for profit forecast - BoI