AIB is reducing its earnings per share target for this year to around 120 cent due to higher bad debt charges, the higher costs of funding and the cost of the Government's guarantee scheme. The downward revision is worse that analysts had expected.

In an interim management statement, the bank said that the credit environment continues to deteriorate and is doing so at an accelerated pace in recent months. It said this is due to the acute scarcity of liquidity and highly elevated funding costs.

'There has been some negative effect on asset quality generally across our loan portfolios, though the effect is most material in our Irish residential development book,' AIB stated. In July, the bank had forecast adjusted 2008 earnings per share of 185-190 cents.

A worsening of conditions in that book is the main reason for a revised group bad debt charge of 75 basis points of average loans in 2008, or about €950m. The expected charge comprises 45 basis points of specific provisions, about €550m, and 30 basis points, or €400m, of incurred but not reported provisions.

The bank said it is taking this action to reflect adverse changes in the credit environment and the consequent increasing trend likely to continue in specific provisions required in the future.

The bank said that of the €950m bad debts provision, around €700m is likely to be incurred by its Irish division. Around one third (€25 billion) of the book is personal house mortgages which is currently seeing a bad debt charge of four basis points or €12m.

The bank said that liquidity in the 'over supplied' housing market is low and has weakened further in recent months. AIB predicts no meaningful market recovery until the first half of 2011 and says that undeveloped land prices will fall by 40% and house prices by 30%.

In the UK, AIB said that weakness in the property and construction sector is the main reason behind a significant increase in impaired (£115m sterling) and watch loans (£830m) in the nine months to September.

In Poland, the bank said that asset quality remains strong in the relatively stable Polish economy and credit grade trends are generally steady. 'However, Poland is not immune to the effects of global market conditions and we remain vigilant in management of credit quality across our portfolios,' it added.

AIB said that in the US, M&T continues to outperform its regional peers.

'It should be noted that our plan does not exhaust available options to generate capital nor does it include action that would dilute our shareholders,' AIB said in today's statement.

AIB said its capital position was good and expected to remain resilient 'in all plausible scenarios' through the downturn in the credit cycle.

'Looking to the end of 2009, we expect to have significant levels of retained profits in both years, reflecting a robust operating profit performance and notwithstanding a material increase as guided for bad debt charges,' it said.

The bank also said that has no material exposure to asset classes that are causing significant writedowns in other banks.

Today's statement says that despite the unprecedented market conditions, its funding position remains strong. The Government's guarantee scheme has added a further layer of security to the providers of funding to the banks that come under the scheme.

'We welcome this initiative as an important step to underpin confidence in the banking system, though we did not experience any material outflow of funds before the guarantee was announced,' the statement said.

After slumping over 17% earlier this morning, shares in the bank closed up 1.4% to stand at €4.30 in Dublin this evening - up six cent.

AIB comments a worry for Lenihan

Finance Minister Brian Lenihan has said he is worried that one of the country's largest lenders, AIB, does not see a meaningful' recovery in the mortgage market until 2011.

He also said yesterday's Exchequer figures were in line with those contained in the Budget and at the moment he did not see the need for a mini-budget'.

However, Brian Lenihan said that if there is further deterioration corrective action will be taken to ensure our expenditure remains within the 'proper limits''. 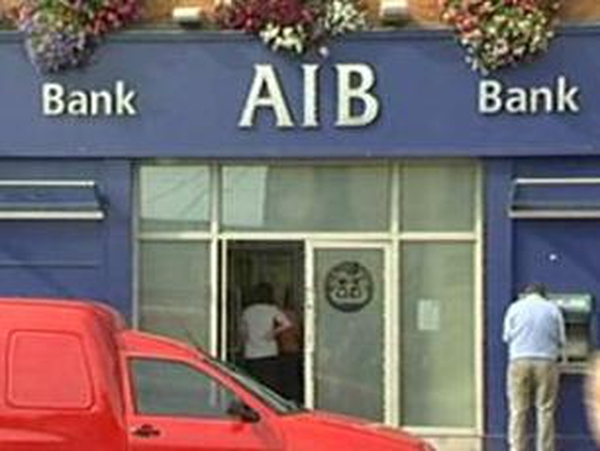