Turlough O'Sullivan, director general of employers' group IBEC, said his organisation would have preferred a greater emphasis on cutting current spending rather than on increasing taxation.

But he said IBEC was disappointed by increased taxes and the decision to bring forward payment dates for corporation tax. IBEC said the Government should have been more determined in its efforts to reduce the public service pay bill.

Small business group ISME has criticised the details of the Budget, saying it will cause further hardship for small businesses already under pressure. ISME said there was little for the promotion of enterprise, the encouragement of wealth creation or risk-taking.

The body was particularly critical of the income levy, which it said would put further pressure on wage demands and hit productivity. 'The decision to increase excise duties, particularly on petrol is deplorable,' it added.

ISME said the business community was again seen as a 'soft touch' with an increase in Capital Gains Tax and a 67% increase in stamp duty on cheques. But it welcomed corporation and capital gains tax relief for start-up businesses in their first three years.

The Small Firms Association says the overall thrust of the Budget has failed to make the strategic alignment that the economy needs at this time.

The SFA's Avine McNally says the Minister has missed an opportunity to boost consumer spending by increasing the standard VAT rate. She says this increase will not only impact on inflation, but will also further impact on consumer confidence and will slow down consumer spending.

She also says that the VAT increase will hit companies operating in the international marketplace, as the current rate of 21% is significantly out of line with our competitors.

The SFA did welcome the Minister's commitment to retain the 12.5% rate of corporation tax, but added that it was disappointed at the change made in relation to the payment schedules at a time when the business community is being starved of working capital. It also welcomed the commitment to investments in the National Development Plan.

Chambers Ireland welcomed moves on business tax, including the cut in commercial stamp duty, and the levy on second homes, but criticised the increase in VAT and the air travel tax. 'The 10% reduction in salaries by Ministers and senior civil servants is timely but adds little benefit in light of the overall level of public sector salary growth which has increased by 12% annually since 2000,' said chief executive Ian Talbot.

The American Chamber of Commerce welcomed the Minister's statement that there would be no upward movement in Ireland's corporation tax rate.'This is a very strong and positive signal that Ireland remains open to foreign direct investment,' the chamber said. It also welcomed the increase in R&D tax credits.

Retail Ireland, the IBEC group that represents the Irish retail sector, has condemned the 'counterproductive' decision to increase the VAT rate by 0.5% to 21.5% in today's Budget.

'The increase in VAT makes Ireland less competitive by comparison with our nearest neighbour, Britain where the VAT rate is 17.5% and will compound the problem of people crossing the border to shop,' commented Torlach Denihan, the Director of Retail Ireland.

'It is not the time to increase VAT when consumer confidence is at an all time low and retail sales have fallen sharply for the first time since the late 1980s. The Minister's decision to increase VAT is likely to lead to a further fall in retail sales,' he warned. 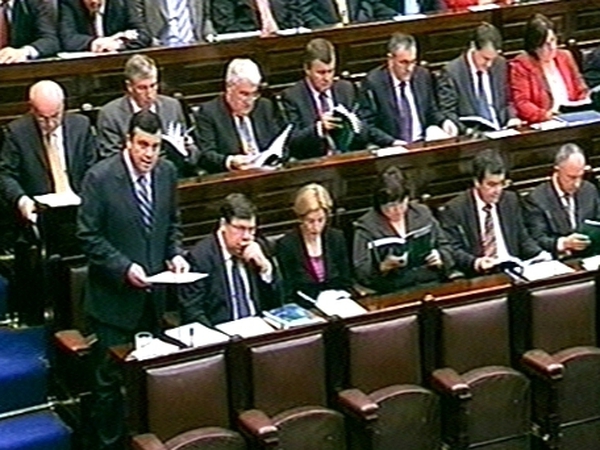