A half-point cut in interest rates by the world's central banks has failed to halt a slide in stock markets.

London's FTSE closed 239 points (5.2%) lower at 4,367. Earlier the British government announced a part-nationalisation of the country's eight main banks in a bail-out package worth £50 billion sterling. HBOS gained almost 25% to 115p but most other banks fell.

In a dramatic day on fear-stricken markets, Tokyo's Nikkei index plummeted 9.38% to close at 9,203 by the close, the biggest loss since October 1987 in the wake of the 'Black Monday' crash in the US. Hong Kong ended down 8.2% at its lowest level in more than two years.

The bloodbath forced some countries to take dramatic steps to try to stem the selling. Indonesia suspended trading on its market after stocks plunged over 10%. Trading was frozen on Russia's two main stock markets after plunges of more than 11% on opening.

Meanwhile, the Sydney market closed down 5%, Seoul lost 5.81% and Shanghai shed 3.04% as the crisis sparked by a US housing slump continued to send shockwaves around the globe. 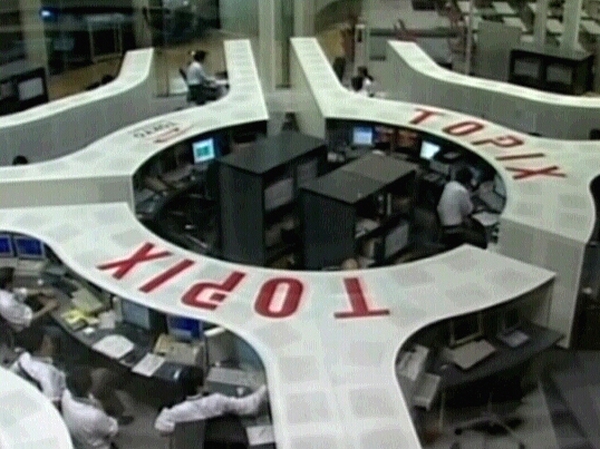