The British Bankers Association is to deliver a letter to the Government complaining about the legislation extending state-backed guarantees for all deposits held in Irish banks.

In a statement, the Association says the move has distorted competition and put banks in other jurisdictions, especially in Northern Ireland, as a competitive disadvantage. British banks have complained that the legislation would distort competition.

There are reports that money is being moved to Irish institutions from the UK.

Meanwhile, it has been been reported that Britain's Chancellor of the Exchequer, Alistair Darling, spoke to Minister for Finance Brian Lenihan about the scheme.

The Guardian newspaper quotes the British Treasury as saying that in two calls the Chancellor told the Minister 'in no uncertain terms that the scheme was a problem for the UK'.

The Treasury says Mr Darling was given a sympathetic hearing and was told that Ireland was not seeking to undermine British banks.

And two more banks have said they want to be part of the Government's bank guarantee scheme.

Bank of Scotland (Ireland), which owns the Halifax branches in Ireland, said it had formally applied to the Government, while National Irish Bank said it intended to apply. NIB is owned by Denmark's Danske Bank.

NIB chief executive Andrew Healy said the bank had highlighted its concerns that the scheme could distort competition. 'It is important that foreign-owned banks, with obvious commitment to Irish jobs, consumers and businesses, should not be discriminated against,' he said. 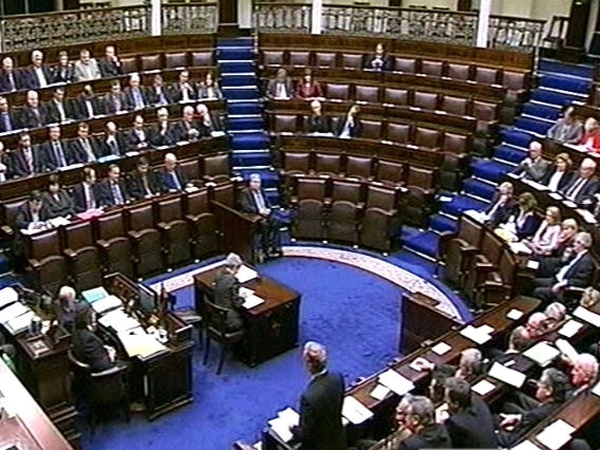