EU Competition Commissioner Neelie Kroes has appealed to national governments not to act unilaterally in the current financial crisis, and to consult the Commission - especially on the question of offering state aid to financial institutions.

Speaking at a press briefing in Brussels, Ms Kroes said the Commission is in close contact with several governments, including Ireland, but declined to comment on individual cases.

Asked specifically about developments in Ireland, the Commissioner repeated that the Commission is 'in close contact' with the Irish government. She said that it was not wise to make any further comment, adding that the fact that talks are happening should 'give courage'.

'Of course, it's not just a problem of injecting liquidity, we also need to inject crebibility in the European response, and that is why we are asking and urging member states for closer co-operation,' Barroso told journalists in Brussels.

He added that 'credibility of our joint action regarding the current situation' was particularly important for the confidence in the markets.

Meanwhile, Britain wants Ireland to look closely at its guarantee of all deposits in Irish banks to make sure it complies with European Union competition law, a spokesman for Prime Minister Gordon Brown said today.

More generally, he said, European governments should make sure whatever actions they took to deal with the global financial crisis complied with European competition rules.

And the British Bankers' Association said today that Government moves to guarantee bank deposits here has distorted competition, putting banks - particularly those in Northern Ireland - at a competitive disadvantage.

'The extent of the guarantee has clear consequences for firms competing to win retail deposits and, while we support proposals aimed at re-reintroducing stability to the financial markets, we need fair play for financial institutions across Europe,' a statement from the association said. 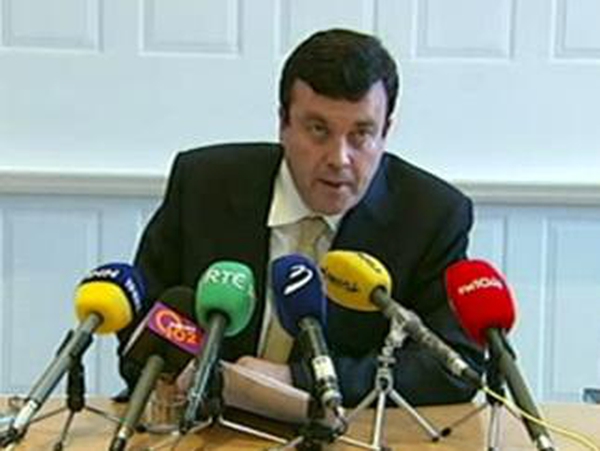