Ryanair told shareholders at its AGM today that it would break even in the current year if oil remains at $100 a barrel. CEO Michael O'Leary said the airline would return to profitability next year if the price continued to fall.

Mr O'Leary also told the AGM, in Dublin, that the group remained unhedged on the oil price for the fourth quarter to the end of March 2009.

The airline said that while it expected to pay less for oil in Q4, these savings could be eaten up by lower fares, as it planned to reduce fares to stimulate demand as consumer confidence weakens.

Ryanair repeated that it expected more airlines to go out of business this winter because of heavy losses.

Mr O'Leary also said Ryanair was a supportive shareholder of Aer Lingus, but that Aer Lingus was too small to have a long-term future in Europe and that it needed a long-term strong financial partner. He said that if Ryanair took Aer Lingus over jobs would be created through expansion of the airline.

Meanwhile, Ryanair's meeting was interrupted by a man wearing only a pair of trousers and a mask. He was protesting about the airline's environmental record.

The protester, called Rob Mac, said that people with genuine concerns about airlines polluting the environment were being laughed at by Ryanair. But Mr O'Leary said Ryanair was the greenest airline in the world because of the modernity of its fleet and that taxing air travel would have no effect on climate change or emissions.

Ryanair shares closed down four cent at €2.52 in Dublin. 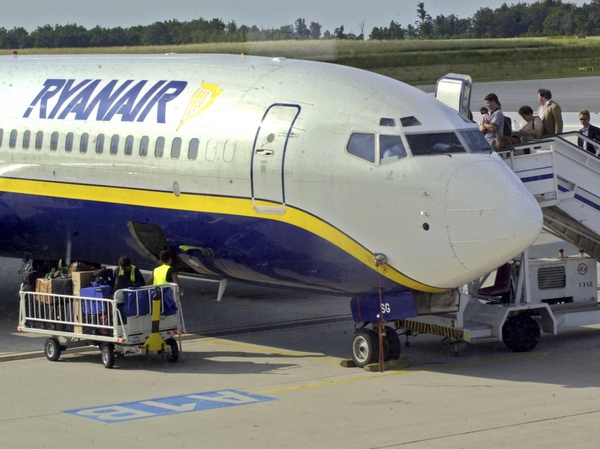