Aer Lingus chief executive Dermot Mannion has said he intends to carry out a root and branch analysis of the airline's entire cost base in the coming months with a view to achieving further savings.

He was speaking as Aer Lingus reported an operating loss of €22.3m in the first half of this year, hit by a jump of almost 50% in its fuel costs. Mr Mannion also warned that the airline would make a loss for the full year and was also facing losses in 2009.

He told RTÉ Radio the airline had achieved annual savings of €40m compared with last year, because of an earlier agreement with the airline's unions and new aircraft maintenance contracts. But Mr Mannion said this was not enough to offset high fuel costs.

The Aer Lingus chief said it was too early to be specific on what measures would be needed, but Aer Lingus could not 'sit idly by'.

SIPTU has acknowledged the 'difficult trading conditions' the airline finds itself in, but added that the efforts of workers - who it says have contributed €11m a year in savings - must also be taken into account in any analysis.

Chief executive Dermot Mannion said there had been 'extremely difficult market conditions' in the period, with unprecedented fuel costs, slowing economic growth and weakness in the dollar and sterling.

'Even with the reduction in fuel prices over the last few weeks, competitive pressure on fares and volumes will continue and we are at best expected to break even in the second half, delivering a loss for the full year,' he added.

Aer Lingus said its total load factor - or percentage of seats filled - dropped five points to 70.2%, mainly as a result of a 30% rise in capacity on long-haul routes.

Pre-tax losses were €20.2m, compared with an €11.5m profit a year earlier. There was a €17.6m charge for costs linked to its restructuring programme.

Shares in Aer Lingus closed up seven at €1.49 in Dublin this evening. 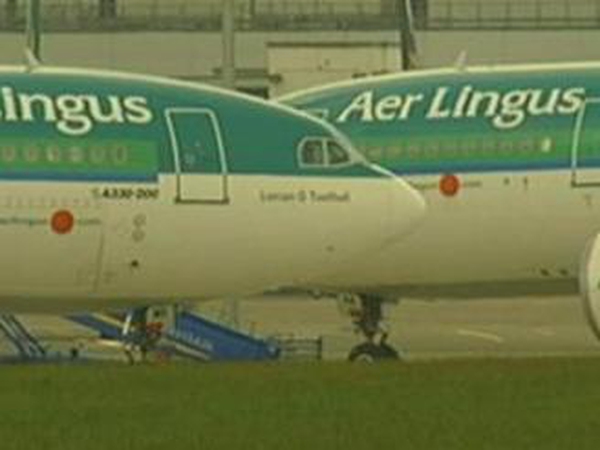