New figures from the Central Statistics Office show that seasonally adjusted exports rose by 7% in May from the previous month, while imports rose by 3%. Economists generally welcomed the figures.

On an unadjusted basis, the value of exports in May showed no change from the same time the previous year, while the value of imports slumped 11%.

Breaking down the figures, the CSO says the January-April stats show that exports decreased by 4% from €30.179 billion to €28.927 billion the same time the previous year. Exports of computer equipment fell by 23%, organic chemicals were down 13%, metalliferous ores by 20% while eggs and dairy export products decreased by 17%.

However, exports of petroleum products soared by 79% in the first four months of the year, while chemical materials rose by 47%, medical and pharmaceutical products by 8% and electrical machinery by 5%.

The figures also show that imports fell by 5% in the four months from January to April, falling from €21.505 billion to €20.544 billion. Imports of computer equipment fell by 23%, other transport equipment was down 19%, road vehicles slowed by 16% and electrical machinery decreased by 14%.

Imports of fertilisers jumped by 91%, petroleum products by 24%, medical and pharmaceutical products by 16%, gas by 16% and organic chemicals by 8%, the CSO added.

Stockbroker Davy described the figures as 'reasonably healthy', saying that exports are up in volume terms in Q2. It points out that the majority of Irish goods exports are priced in dollars because manufacturing industry is dominated by US-owned firms. Davy says exports to China have been a bright spot, up 38% in January-May as exports to almost all other destinations fell in value.

Bloxham's Alan McQuaid said exports had held up well so far this year, though currency movements would probably affect the performance as the year went on. 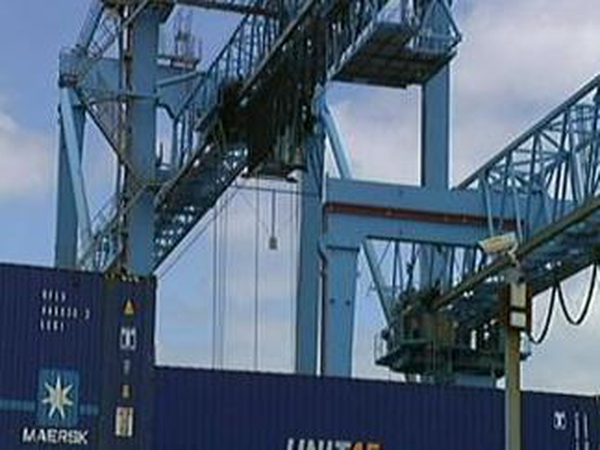