Official figures show that China's economy slowed but still maintained double-digit growth in the first half of the year.

The world's fourth biggest economy expanded at an annual rate of 10.4% in the first half and 10.1% in the second quarter, the National Bureau of Statistics said. This was down from 11.9% in 2007.

A bureau spokesman said domestic inflation, problems with food supplies and global economic worries were among the chief concerns for China.

NBS chief economist Yao Jingyuan said the economy was likely to grow by 10% for the full year, although this was still above the 8% target set by Premier Wen Jiabao.

China's consumer price index - the main gauge of inflation - rose at an annual rate of 7.9% in the first half of 2008, with food prices soaring 20.4%. There are few expectations inflation will fall steeply enough to achieve the government's full-year target of 4.8%.

China had already released data last week showing that its trade surplus had fallen nearly 12% in the first half, as exporters struggled with the global economic slowdown, particularly problems in the US.

Economists said the earthquake that devastated large areas of southwest China in May, leaving 88,000 people dead or missing, did not have a big impact on the economic growth numbers in the second quarter. 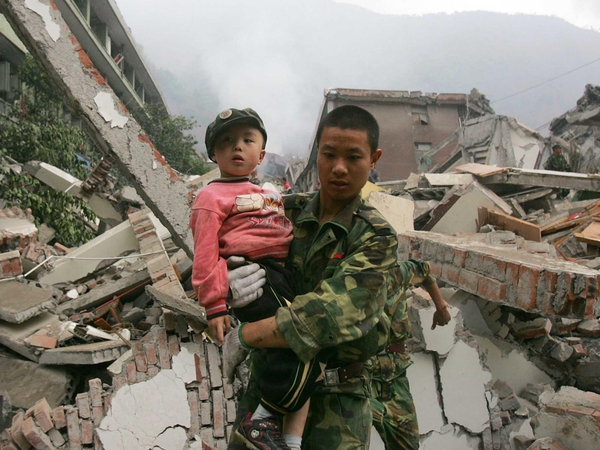