Leaders of the world's eight  richest top industrial powers vowed today to act to bring down soaring oil and food prices but failed to bridge deep differences with poor nations on how to fight climate change.

The Group of Eight wrapped up three days of talks in a secluded  mountain resort in Japan by inviting leaders of growing emerging economies such as China and India for a special session summit on global warming.

US President George W Bush hailed the summit as 'very productive' as he left the scenic venue. 'I'm pleased to report that we've had significant success,' he said.

The leaders of the G8 nations, which together account for two-thirds of the world's gross domestic product, said in a joint  statement that while global growth had 'moderated', they were positive on the future.

They called for efforts to bring down oil prices, which have  jumped five-fold since 2003, as well as the soaring cost of food  which has set off riots in parts of the developing world. 'There's a need to improve transparency on the oil market,' Japanese Prime Minister Yasuo Fukuda told a news conference at the end of the summit with leaders of Britain, Canada, France, Germany, Italy, Japan, Russia and the US.

G8 leaders also called on all countries to end export  restrictions on food.

The summit was dominated by discussions on global warming amid growing concern that rising temperatures caused by carbon emissions  are threatening entire species of plants and animals.

The rich nations' club yesterday agreed on the need for a  global emissions cut of at least 50% by 2050, a step praised by G8 leaders as a step forward after years of hesitation by Bush. 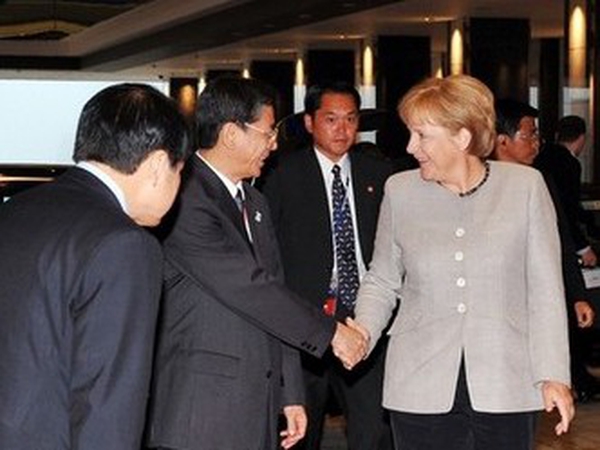