The general secretary of the Irish Congress of Trade Unions, David Begg, has rejected a call from employers' group IBEC for a pay freeze in the public sector to help tackle economic recession.

IBEC's director of policy Danny McCoy has described as 'the elephant in the room' the question of public sector pay and pensions.

Speaking on RTE radio's News at One, Mr Begg said the focus on public sector pay was an IBEC tactic, and he opposed any pay freeze because workers were facing large increases in the prices of fuel, food, and services.

ICTU today published 10 recommendations aimed at tackling the prices and inflation crisis. They include a cut in VAT, a freeze in public transport fares and increased powers for consumer bodies. 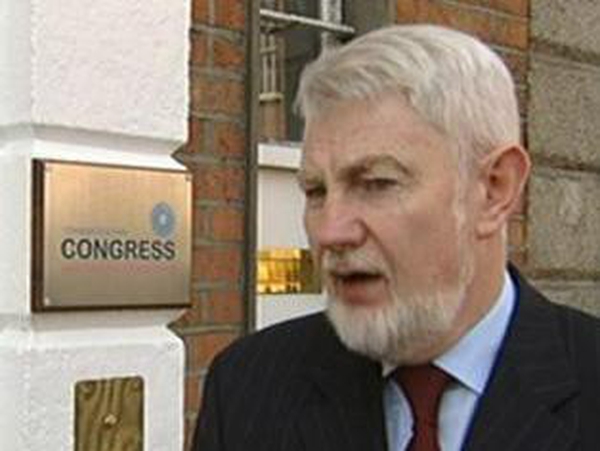