The Economic and Social Research Institute has said that Ireland is now in the grip of an economic recession for the first time since 1983.

In its latest quarterly commentary, the Institute has warned that there are stark implications including a return to net emigration for the first time since the 1980s.

It says that unemployment will exceed 7% of the labour force by the end of this year, and that the public finances will deteriorate very sharply.

Responding to the report, Finance Minister Brian Lenihan said 'resolute, prudent and determined' action would be needed. Speaking on the News at One, he said he would be discussing with Ministers what action needed to be taken after next week's half-year Exchequer figures, which he said would be 'crucial'.

But the Minister said any action on spending would have to start now. He also said it would be wrong to breach the EU borrowing limit to pay for day-to-day spending.

The Fine Gael finance spokesman and deputy leader Richard Bruton said the ESRI report showed the Government had wasted the economic boom. He accused Brian Cowen - as the then Minister for Finance - of expanding spending in the years before the last general election on the back of an unsustainable property boom.

The ESRI warns that Government borrowing will exceed EU limits next year unless public spending growth is curtailed to historically low levels.

This ESRI report pulls no punches. It says that the country is now in recession. Economic activity is contracting and it is the first time that this has happened for 25 years.

The massive public finance surplus on which the Government based its election promises will be all gone by next year.

Net emigration will be back for the first time since the 1980s with the numbers having to leave the country to find work exceeding those coming here by 20,000 per year.

This latest quarterly economic commentary from the ESRI includes the institute's fifth successive downward revision to its outlook for this year.

The report says the impact of declining consumption, slower exports, the building slump, and the international credit crisis have much been worse than feared.

It expects economic activity will now fall by 0.4%, and disposable income by 2.6% this year, the first annual reductions since 1983.

It argues that the Government should break European rules and borrow €11 billion to run the country next year. It says pay restraint must be imposed in the public sector, and it calls for state agencies to do more to help the unemployed.

* Figures from the Department of the Environment show that 23,569 homes were completed in the first five months of this year, down almost 30% on the same period last year. 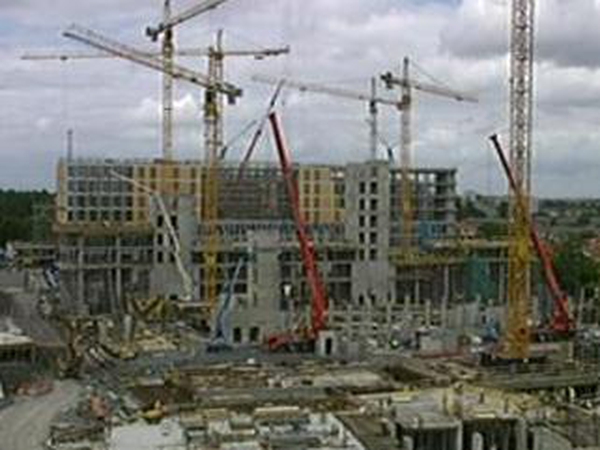