Warren Buffett, the world's richest man, is backing Barak Obama for US president and thinks current US economic policy will push the dollar lower against other global currencies.

Buffett said he had offered support to both Obama and Democratic rival Hillary Clinton but that since it appeared Obama would win the party's nomination, 'I will be very happy if he is elected president. He is my choice,' he said.

Commenting on the US economy, the 77-year-old investor known as  the 'Sage of Omaha', stressed that the country's fiscal, monetary and trade policies were of great importance.

'I think that the US has followed and is following policies which will cause the US dollar to weaken over a long period of  time,' he added.

After voicing support for Obama, Buffett noted the US economy  has managed to do 'awfully well' despite a depression, two world wars and many financial crises.

'I think the US will do fine over time, if either the Republican or the Democrat gets elected, but I strongly prefer that it be the Democrat,' he added.

Buffett also said he thought the US would continue to face fallout from the credit squeeze that had been set off by a housing crisis that exposed practices of unrestrained lending to people who were ultimately unable to repay their mortgages.

Buffett, who heads up Berkshire Hathaway, a holding company with  76 businesses, said he was ready to add one or two more, on condition they were well-run and had annual pre-tax earnings on the order of $78m, he added.

Most of his companies are in the US but after investing in the Israeli industrial group Iscar, he said he was visiting Germany, Switzerland, Spain and Italy to spread the word that  Europeans were welcome to give him a call too. 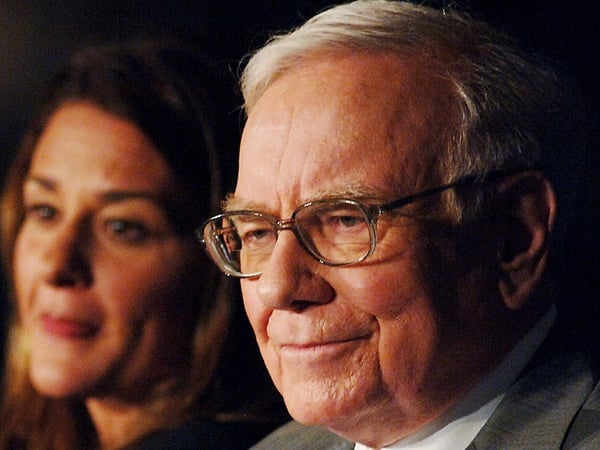