New figures from the Central Statistics Office suggest the population here will reach 4.9 million by 2041.

The figures are based on the assumption that net migration remains at zero, and fertility declines. But the CSO research says if recent trends of high net migration and relatively high fertility were to continue, Ireland's population could rise from 4.25 million in 2006 to 5 million by 2014.

The study, Population and Labour Force Projections 2011-2041, offers projections based on a number of contrasting scenarios relating to future trends in fertility, mortality and migration over the period. Migration assumptions, it says, are the most important of these.

The CSO predicts that the population of 5-12 year olds will rise by at least 10% in the next decade, based on the assumption of zero migration and falling fertility rates. But if migration rates remain high, and fertility rates remains the same, the increase would be 44% by 2025.

On labour force growth, the CSO says the number of people of working age will only increase by 0.4% between now and 2021. It also projects that the actual labour force will grow by 13,000 a year in the same period. This compares with an annual increase of 61,000 between 1996 and 2006. 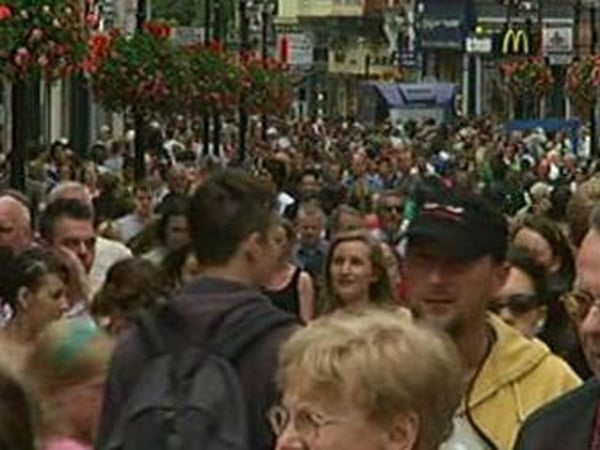