A planning application for a €1.25 billion development of Upper O'Connell Street and surrounding areas in Dublin city centre is to be lodged later this week.

The developer, Chartered Land, which is behind the Dundrum Shopping Centre, says the project will bring 3,000 jobs when completed and up to 7,000 jobs during construction.

The plans cover a 5.5-acre area known as Dublin Central, which stretches from O'Connell Street to Moore Street and from Henry Street to Parnell Street.

The proposals include a mixture of residential and retail development, along with three new public squares and two pedestrian streets. There will also be a rooftop restaurant quarter.

The facade of the old Carlton cinema will also be retained but it will be relocated 50 metres north of its present location to make way for a new square. The cinema has been closed for the last 14 years due to legal wrangles.

The centrepiece of the development will be a 12-storey building with a sloping public park on its roof. The park, which will cover more than an acre, will be accessed by cable car.

But the height of the building could be problematic - An Bord Pleanála recently wrote to Arnotts advising it to reduce the height of its proposed 16-storey tower nearby by nine storeys as the board believed it 'distracted from the balance and architectural structure of the streets'.

A number of listed and protected buildings are located within the area and the developers say they will preserve a number of houses including number 16 Moore Street - the last headquarters of the leaders of the 1916 Rising. An undertaking has also been given to maintain Moore Street market. 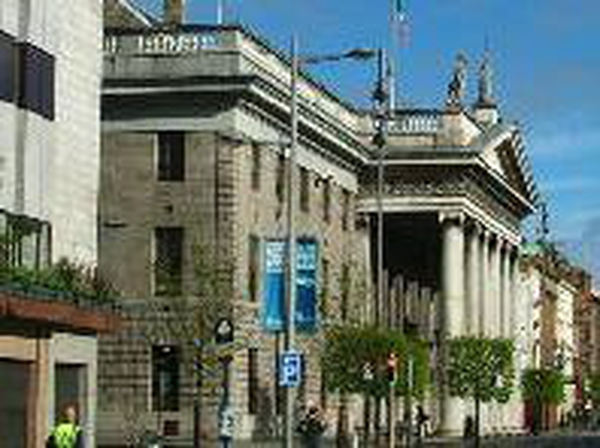 Arnotts to shed jobs ahead of redevelopment